• Nwaggi is one among celebs who have faced such , Others who've suffered same fate are Vanessa Mdee and Akothee 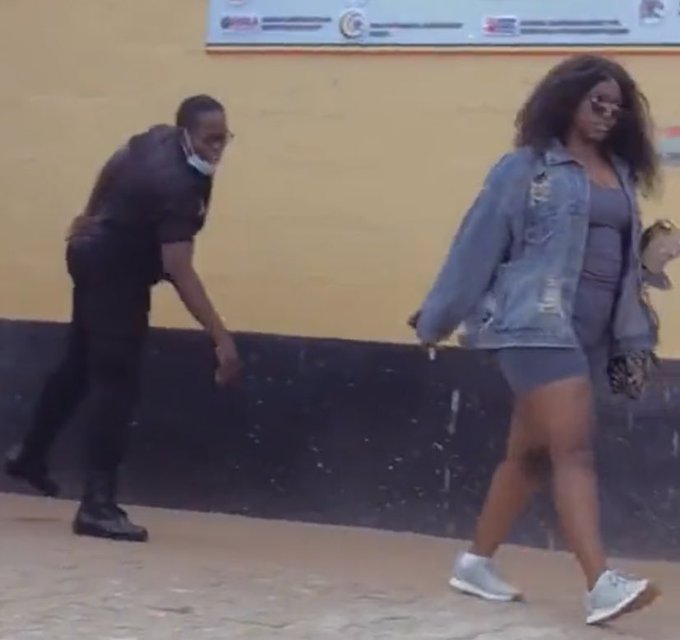 A Ugandan singer was chased away from a Government office for being indecently dressed.

The Ministry of Internal Affairs has confirmed that the singer Winnifred Nakanwagi alias Winnie Nwagi was chased from its premises because of indecent dressing.

A picture below shows a female guard screaming at the singer as she is chased away.

The guard was pointing at the biker shorts she was wearing.

Nwagi wore a ripped denim jacket on top and sneakers.

"We do not allow indecency at the ministry," Mundeyi said. "She came dressed in a very short bottom with a tattered blouse in total contravention of our dress policy."

Back in 2019, Kenyan singer Akothee alsos uffered the same fate when she was kicked out of Parliament buildings for being skimpily dressed.

Akothee was dressed in a mini skirt and scheduled to meet David Sankok, the nominated MP representing persons with disabilities.

The Sergeant at Arms were forced to stop Akothee from accessing Sankok’s office in her mini-skirt.

The artiste, however, resisted the Parliament officers’ attempt of blocking her, leading to a shouting match and high drama.

Akothee was dressed in a revealing green micro mini-skirt suit.

The artiste was given a kikoy to wrap her mini-skirt.

The 5.8 ft singer has come out to defend herself citing she has long legs.

It is against parliamentary rules for MPs or guests to wear within parliament what is considered as indecent attire. 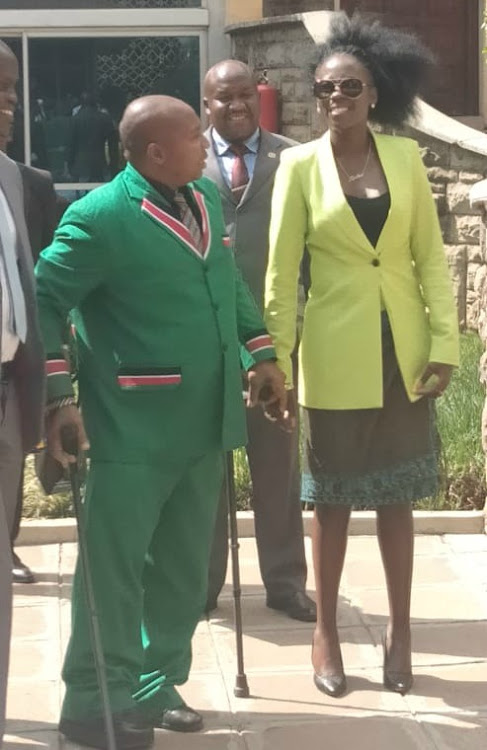 milar.sejembaThe problem is, most of our good artists are school dropouts, they dont anything about office etiquette, we cant blame them... so Swangs Avenue needs to hire me! 😂😂😂😂😂😂

@muzirasadatIt might have been an issue of misconduct, I have seen people in skimpy clothes at the ministry and they had no issues.

@KisakyeHenry3But artists should revise their code of conduct coz they dress badly even when they go to perform in schools. And yet they call themselves parents!!!!!

@MganaFelixBu u can't go to an office like that . On a working day. And ekirala Winnie has tht attitude alabika abawade level

Wambui Collymore- "I had never I had such an experience with my dreadlocks which were under my wig. It was interesting to see men come up and speak ...
Lifestyle
2 weeks ago

The much-discussed Balenciaga Trash Pouch Bag has finally been made available by the upscale fashion label.
Lifestyle
2 weeks ago
WATCH: For the latest videos on entertainment stories

Bamboo's 'Kabinti' was based on an ex-lover