My Bishop husband forced me to live with his side chic

•Jane Muthoni wants to reconcile with her children after years away 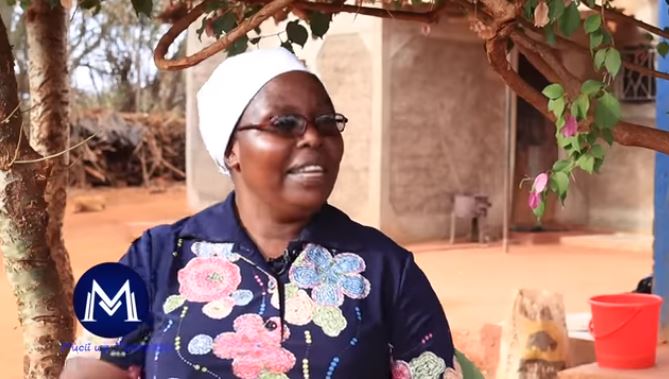 Jane Muthoni Njeru from Embu has recounted how her husband, a Bishop secretly started an affair with a young girl from his church and brought the girl to her marital home.

Telling her story to Mûciî wa Mwîhoko with YouTuber Kamau Muciri, the wife narrated how she got a hint of the affair because of the special treatment her husband gave to the young girl.

"He would buy milk for her and not our children, then make me cook her special tea. I even cooked for them late at night after they returned home from secret escapades, as they laughed away."

The Bishop eventually brought the girl to live with the wife.

Jane asked him why he did this and he argued that he had been asked to live with her and mentor her over her bad behaviour.

Apparently, the young girl was involved in multiple relationships with boda boda riders and needed to be mentored.

So the Bishop lies to his wife that the young girl was only temporarily living with them until she matures.

But the wife wasn't convinced because she noticed they appeared to be very close, almost like lovers. The Bishop and young girl would leave home and return late in the night laughing, while at times they hang out in the house talking till the wee hours of the morning.

The Bishop's biological children were even mistreated by the man as the side chick received preferential treatment. The Bishop also regularly abused the wife in front of her children and the side chick.

Jane explained that she put up with the living arrangement because she had young children.

So stressed was the wife, she got high blood pressure and had sleepless nights.

"It was like living in hell," and she made the decision to abandon her marital home, and leave her children behind in 2014.

"The day I couldn't take it anymore was when he woke up one morning and left for a meeting. The night before he had told me and the kids to leave. He told us that we will live in his house according to his rules and anyone who doesn't obey them can leave. He said Uhuru told Kenyan men to marry as many women as they want."

So this basically meant that the young girl was his wife.

Things became worse when the Bishop claimed the wife accused him of bedding the girl and disrespecting him.

He felt so disrespected by the claims, that he told that he will no longer pay school fees for his children.

He wouldn't let her leave in peace and would call her family members that he kicked her out because she was a prostitute.

"After I left he used to call people and tell them the reason for kicking me out. He told my sisters and my brothers-in-law not to allow me in their homes because I will influence their wives to become prostitutes."

Jane after some time was allowed to go visit her children by her husband. She found out that he wanted to get back with her, and even went ahead to make sleeping arrangements for that visit.

The Bishop even told her that the side chick got two children but he is not sure they are his biological children.

Jane Muthoni had a wonderful visit with her children although their health wasn't the best.

"They were dirty and one of them had sickly eyes."

This haunted Jane after she left and made the decision to fight for her children. Jane is currently finding ways to take them from her Bishop husband.

Abraham Mwangi's wives stunned Kenyans last week when they revealed that they were leaving in the same home.
Lifestyle
1 month ago

Samidoh's wife Edday asked the fan if she was not supposed to live her life at peace since Samidoh cheated on her.
Entertainment
1 month ago
WATCH: For the latest videos on entertainment stories