She had changed her hairstyle

• Wambui Colymore said she was used to rocking different hairstyles mostly her trademark dreadlocks then but no man approached her.

• One day, Wambui changed her hairstyle and while walking around, she met who approached her asking for her contacts. 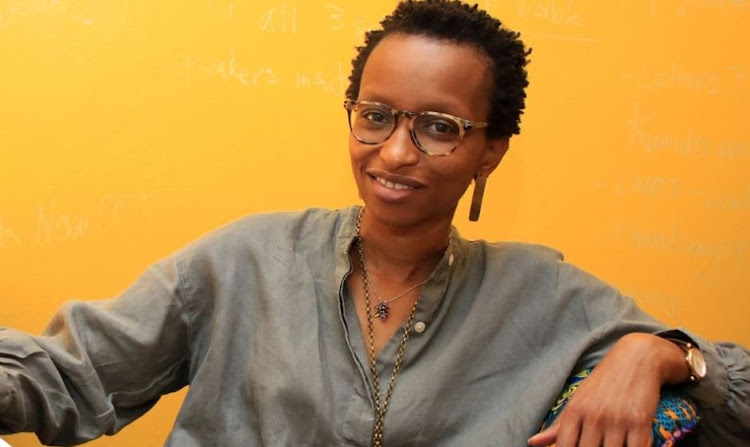 Bob Colymore's wife Wambui has recounted being hit on by men who were amazed by her hairstyle.

In an interview with Ufahamu Africa, Wambui said she was used to rocking different hairstyles mostly her trademark dreadlocks back then.

One day, she changed her hairstyle and while walking around, she met men who approached her asking for her contacts.

"I remember once in the US I decided to wear a wig and got to the hardware store. By the time I had gotten to the middle of the store I had three men stop me and ask for my phone number," she said.

Wambui went on to state that that she had never received so much attention when she was rocking her dreadlocks, which left her wondering.

"I had never I had such an experience with my dreadlocks which were under my wig. It was interesting to see men come up and speak to me. It didn't matter if they were white or black men but, men just spoke to me.”

Wambui stated that the incidence left her thinking about how men have different perceptions of women based on their hairstyle.

According to Wambui her look while on wigs, attracted men to her since she looked easy.

"I feel that it has more to do with the perception the other person has of me based on how I present myself. So I possibly looked easier to handle or approach, I don’t know."

Wambui has maintained a short hair since 2019 when she posted photos of her new look.

Fans praised and talked about how good she still looked with her short hair. Many said she looked even younger in the new hairstyle.

Here are celebrities whose blessings came in pairs.
Entertainment
6 months ago

"Nobody Should Blame Me For Getting Fat, I've Done My Part" Bob Collymore