• Otiende Omollo shared a photo with his son and fiance and fans were not happy about her dress-code.

• Otiende's daughter-in-law Cecilia has promised to wear a dera after a recent indecent photo. 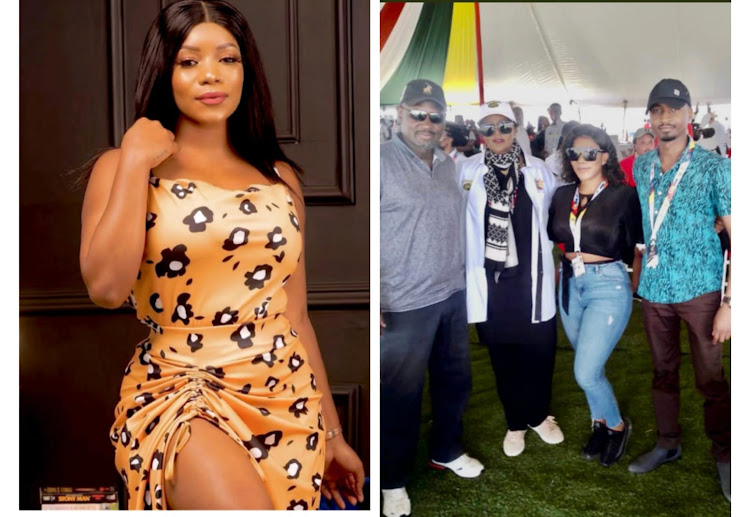 Otiende's daughter-in-law to be with his family and CS amina
Image: courtesy

Rarieda Member of Parliament (MP) Otiende Amollo yesterday shared a photo with his son and his daughter-in-law.

"With CS Hon Amina, My Son Rodney his Fiancée Cecilia, Naivasha was lit! The drivers were really good," he wrote.

Well,  the photo was shared on Twitter and his fans noted that Cecilia was in a crop top that left her belly open.

Otiende's son Rodney is an Associate at Rachier & Amollo Advocates LLP since 2018 when he graduated from the Kenya School of Law and earned credentials as an Advocate of the High Court.

Ja-kodera reacted to the photo: "Tell your to-be daughter-in-law that only your son should see her tummy."

Cedric wrote; "And you are comfortable seeing your son's fiancee's stomach? That is unacceptable in African culture."

Vincent wrote; "Please teach you're Daughter in law how to dress in a respectfully way you're a Highly respected lawyer and few performing mp don't let this lower your class."

The comments caught the attention of Otiende's daughter-in-law to be who said she had read all the comments.

Here is her response;

"Sawa basi... next time ni dera... Relax... Some of y'all have been waiting for this moment to write me paragraphs? Don't worry, I read them all."

"Wow, Ooh well, we move regardless."

#SafariRally, With CS Hon Amina, My Son Rodney, His Fiancée Cecilia, Naivasha Was Lit! The Drivers Were Really Good! pic.twitter.com/YH7ywckPGa

Diana Marua defended herself saying she does not talk to any of her exes.
Entertainment
2 months ago
WATCH: For the latest videos on entertainment stories