Bamboo's song 'Kabinti' was based on an ex-lover

Kabinti was one of Bamboo's hit songs

• Bamboo said the song was a dedication to a girl he dated when he was a teenager.

• Bamboo said the girl's parent lived in Sweden but was based in Mombasa. 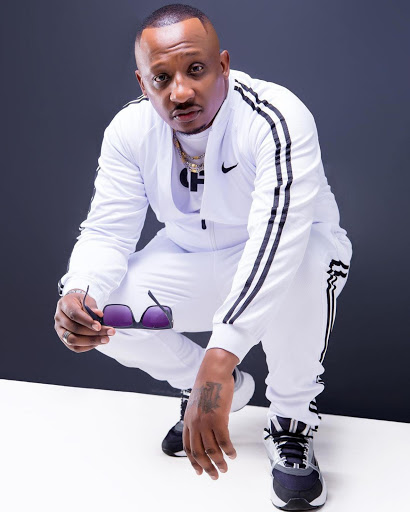 Victoria Kimani's elder brother singer Bamboo has revealed that his famous song 'Kabinti' was based on a true story.

Speaking to Mpasho.co.ke, the now gospel singer said the song was a dedication to a girl he dated when he was a teenager.

Bamboo is a veteran musician in the Kenyan industry, bursting into the spotlight with tracks such as compe and Kabinti.

Bamboo said she met her at an event.

"It was about a girl I dated back in the days. Her name was Vanessa and I was a very young guy. We met at a show in Mombasa and she happened to be backstage."

Bamboo said the girl's parents lived in Sweden but she was based in Mombasa.

"She was born and raised here but her parents are in Sweden and she speaks fluent Swahili that you would never know that she is from Sweden.

Guys used to make fun of me and she would get angry especially because they called her baby. She was a very cool person but kalinisumbua. I think I was a foolish young man."

Back in 2005 this came together over one weekend. Bamboo heard the CLD original and over night penned some new verses, ...

Bamboo ended the relationship after he relocated to the US but he and Vanessa are still friends.

"We parted ways after I went to the states. We are still very cool and even when she got married, I sent her a congratulatory message."

Bamboo is currently the brand ambassador for Mobi share, an application that he said will save taxi drivers from being exploited by company owners.

"What Mobi does is that they pay the drivers 82% and offer a new business model called power to share or passive income that after every person you invite to use Mobi, you will get 4% of the money you spent."

He also encouraged people to jump on a talent challenge about the Mobi app where people can do something creative and win some Sh 50k every weekend.

"If it's dancing, no twerking, no indecent dressing," he said.

"We are encouraging people to do dances that kids can watch. Winners will be determined through views and whoever has a lot of views will be the winner."

Bamboo is also promoting his book titled, 'The Truth about money' a project that he said he researched for a very long time.

According to him, nobody teaches people about money since they want a population of employees to remain in that class.

Why siblings Victoria Kimani and Bamboo will never do a collabo

"You're Not Just My Type, Do You Even Have a Ride?" Mejja Asked By a Lady He Tried Seducing (Audio)

"You're Not Just My Type, Do You Even Have a Ride?" Mejja Asked By a Lady He Tried Seducing (Audio)
Entertainment
7 years ago

Victoria Kimani Drops Yet Another Bomb!

Victoria Kimani Drops Yet Another Bomb!
Entertainment
7 years ago
WATCH: For the latest videos on entertainment stories

Anerlisa had to give up on her business