• Kidero wasn't happy with the attitude of the interviewer.

• The former governor lost to Gladys Wanga in his bid to become the governor of Homa Bay. 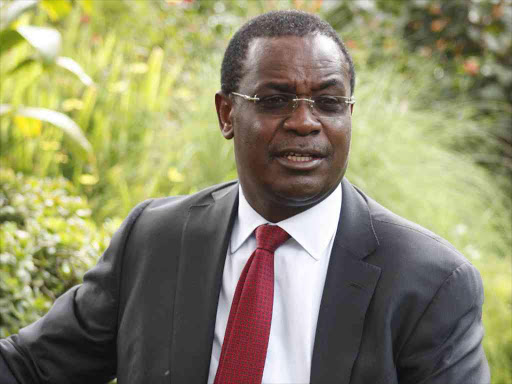 Former Nairobi governor, Evans Kidero was in no mood for niceties as he called out a certain Citizen TV reporter yesterday.

"You know you're interviewing us like your heart is not here. Why are you doing it in the first place?" he pointedly asked.

He then went ahead to express his displeasure at her mood.  "I don't like your attitude. I don't want you to interview me."

Kidero's prickly nature might be explained by his loss to Gladys Wanga in his bid to become the Homa Bay governor which he said he will challenge in court.

Kidero said he was not satisfied with the results, with Homa Bay IEBC returning officer Fredrick Apopa declaring Wanga the winner with 244,559 votes while Kidero had 154,184 votes.

Before announcing the results, Apopa said they followed all due procedures and were satisfied that the results were a true reflection of the will of the Homa Bay people.

“We verified and tallied the results as brought by returning officers from the constituencies and satisfied that they were accurate,” Apopa said.

But speaking during a meeting with his supporters at his Asumbi home in Rangwe constituency, Kidero said he was not satisfied with the results. He claimed the process was marred by discrepancies.

Kidero argued his votes from some polling stations were not tallied as Form 37As were altered in certain areas such as Mfangano, Rusinga and other wards across the county.

Kidero claimed he got more than 225,000 votes and led in six out of eight constituencies.

“We’ve evidence how some IEBC officials colluded with agents of my opponent to doctor and messed up with Form 37As. For the avoidance of doubt, we’re going to challenge the outcome in court,” he said.

Kidero, who contested the governor's seat as an independent candidate, said violence was also meted out to his supporters during campaigns and on Election Day.

The former governor said he reported to police many cases of violence meted out to his supporters, but no action was taken.

Kidero also claimed the election was marred by voter bribery, intimidation of agents and chaos. He alleged that several of his supporters were assaulted.

The former Nairobi governor told journalists this was intended to cause voter apathy in areas where he has a lot of support.

Gladys Boss Shollei, the Women's Rep-elect for Uasin Gishu, detailed the incident that took place at Bomas of Kenya on Friday, August 12,
Politics
1 month ago

The Kisii governor elect Simba Arati was  flanked by his wife (Right) and former Kisii senator Sam Ongeri at the Kisii County Tallying Centre at ...
Politics
1 month ago