The politician was involved in an altercation with ODM agents

• Shollei claimed that what ODM was doing were the last kicks of a dying horse.

• Ben Sihanya, a constitutional attorney, responded to the charges by accusing Shollei of distributing false information 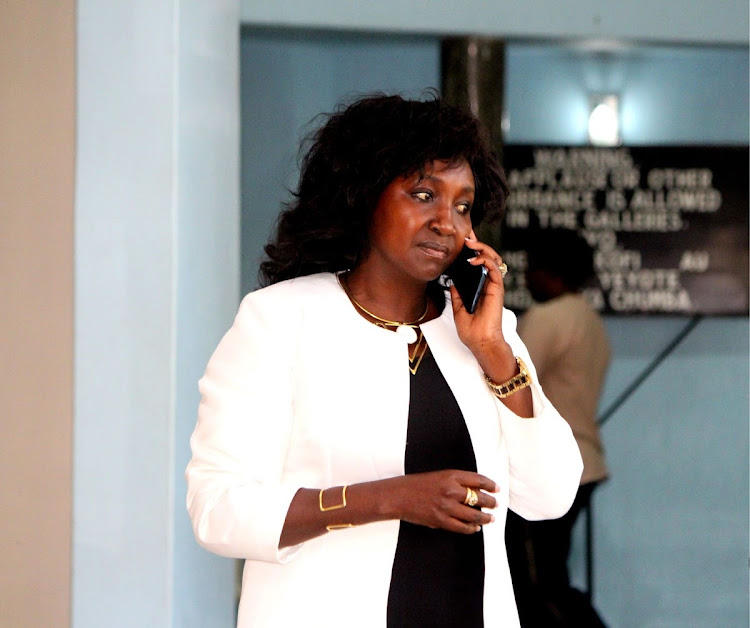 Gladys Boss Shollei, the Women's Rep-elect for Uasin Gishu, detailed the incident that took place at Bomas of Kenya on Friday, August 12, after she was observed leaving one of the tables with some suspicious-looking pieces of paper during the validation of the presidential results.

She explained that as one of DP William Ruto's deputy chief agents, her responsibilities included organizing the roster and delivering it to the security staff at Bomas of Kenya so they could provide clearance.

Orange Democratic Movement (ODM) agents were singled out for blame by Shollei who described the conflict as little more than a game played by the losing side.

"I think ODM was playing theatrics. When you see someone standing up out of the blue and running towards me saying they don't want me to be there, that's a point of concern. First and foremost I am not his guest at Bomas, I was there as one of Ruto's deputy chief agents. They saw me with a piece of paper in my possession, a schedule of the team that we had aiding in the verification," the politician said in an interview with NTV.

"At the time, the shift was ending and the security guys sought to know those leaving and those coming in so they could clear them at the gate. It's surprising that Azimio also has their agents who have similar rosters, so these were part of their gimmicks since they know they are losing," she stated.

She went on to claim that what ODM was doing were the last kicks of a dying horse.

"Since 4 am on Thursday, August 11, they tried to cause problems by stealing and snatching two laptops from team members even though we're permitted to have laptops on our desks," she claimed.

Ben Sihanya, a constitutional attorney, responded to the charges by accusing Shollei of distributing false information and blaming the Kenya Kwanza coalition for doing so.

"There is a lot of evidence that apart from attempts from falsification of evidence, issues of fake news, there is also the issue of security detail changing rules because of the peculiar behaviour from the United Democratic Alliance agents, "Azimio's Sihanya intimated.

Gladys Boss Shollei is Not Yet Done With Chief Justice Willie Mutunga, Check Out This Twitter Exchange

Gladys Boss Shollei is Not Yet Done With Chief Justice Willie Mutunga, Check Out This Twitter Exchange
Exclusives
7 years ago