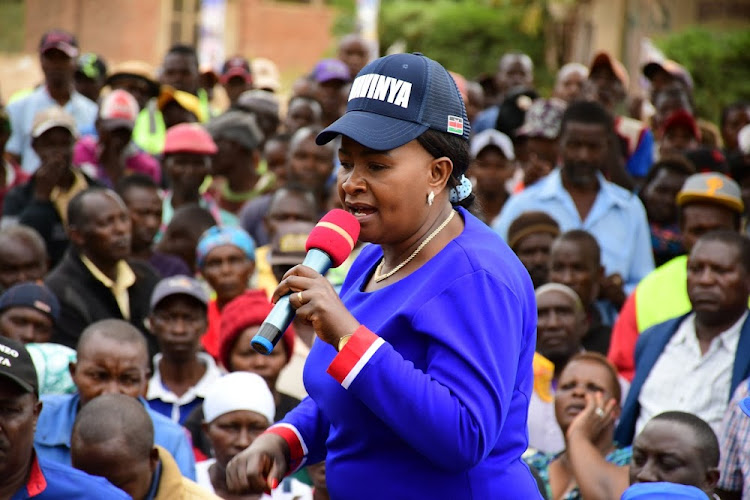 Kenya will have the highest number of female governors with 7 after a good performance by women aspirants at the polls.

This is a small but significant improvement over 2017, when three women were elected as governors.

They were Joyce Laboso (now deceased) for Bomet, Anne Waiguru for Kirinyaga, and Charity Ngilu for Kitui.

Let's take a look at the women below;

Anne Waiguru has been re-elected as Kirinyaga governor on a UDA ticket.

In 2017, Waiguru served as the first Cabinet secretary in the Ministry of Devolution and Planning

She also served as the first vice chairperson of the Council of Governors from December 2017 and January 2019. 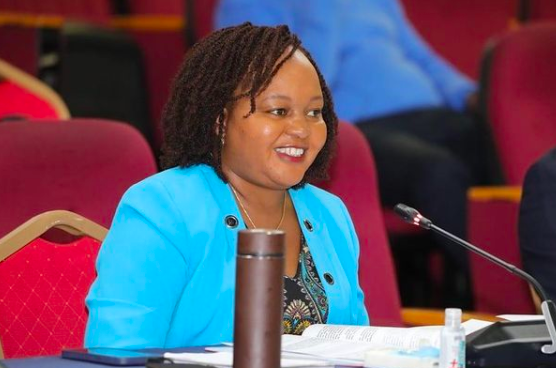 Waiguru had been linked with NYS I scandal but said she had been the whistle-blower. She had been in the ODM Party and sued ODM leader Raila Odinga for libel. The case was settled.

Several months ago she moved to DP William Ruto's UDA and said she'd love to be his running mate.

She was impeached by her assembly but saved in the Senate because her influence was needed for BBI, which was killed by the courts.

She has been elected as the first woman governor of Nakuru county, winning with 440,707 votes, defeating incumbent Lee Kinyanjui who won 325,623 votes

Kihika was elected on the UDA ticket. In 2013, she contested the Bahati parliamentary seat but lost. 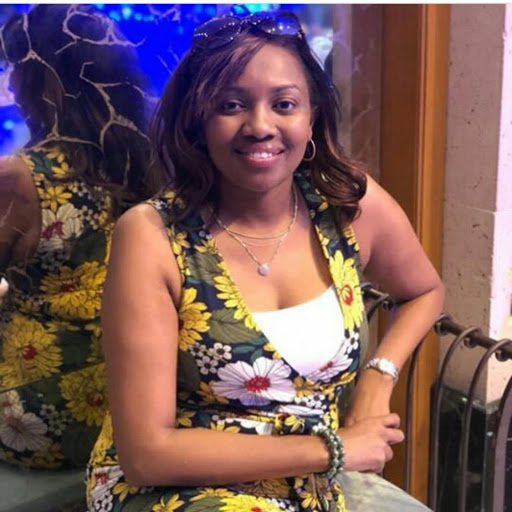 Susan Kihika in a file photo

Kihika went on to defeat a field of seven opponents, to become the first Nakuru Assembly Speaker.

In 2017, the former Speaker, then in the Jubilee Party, made her debut in the 12th Parliament after she garnered 637,700 votes for the Nakuru Senate seat.

Under the ODM party, Wanga won after garnering 244,559 votes to defeat her main rival, former Nairobi Governor Evans Kidero who got 154,182 votes.

In 2017, she was elected Homa Bay’s Woman Representative. She was chairperson of the Finance and Budget committee in the National Assembly.

In August 2017, she said MPs' salary cuts were reducing them — among the best-paid in Africa, after Nigerian MPs — to "beggars".

Mbarire has been elected as the first female Embu governor, winning with 108,610 votes on a UDA ticket.

She defeated former Senator Lenny Kivuti of the DEP party who got 105,246 votes.

Mbarire was a nominated MP representing special interests in the National Assembly. She is also former MP for Runyenjes constituency in Embu .

Since 2013, she has been the chairperson of the Kenya Women Parliamentary Association (Kewopa). From 2002 to March 2013 Mbarire was the secretary of Kewopa.

From December 2005 to December 2007, she was an assistant minister in the Ministry of Transport.

From April 2008 to  March 2013 , Mbarire was an assistant minister for Tourism in the Grand Coalition Government.

In March 2019, she said publicly that she had clashed with her rival, Lenny Kivuti, because the devil had visited her the night before in person.

"My public altercation with Embu Senator Lenny Kivuti was caused by the devil who visited me," Runyenjes MP Cecily Mbarire said.

Running as an independent, Mwangaza broke the record by winning the governor’s race with 209,148 votes.

She defeated Meru Senator Mithika Linturi, who got 183,859 votes, and incumbent Kiraitu Murungi who got 110,814 votes.

She resigned as the Transport Chief Administrative Secretary to vie for the position. In 2007 she was elected MP for Kathiani constituency under Chama Cha Uzalendo.

By winning the seat, Wavinya became the only woman to have represented the constituency in Parliament since Independence.

Fatuma Achani of UDA has won the Kwale governor's seat with 59,674 votes, defeating ODM's Hamadi Boga who got 53,972 votes in a closely fought race.

Achani, a lawyer, had been deputy governor.

Kidero said he was not satisfied with the results, adding that the process was marred by some discrepancies.
Politics
1 month ago

Oburu ran on an ODM ticket whereas Okinda was an independent candidate.
Politics
1 month ago

24 year old Linet has promised her Bomet residents that she will uphold all her responsibilities for the trust they have bestowed on her
Politics
1 month ago
WATCH: For the latest videos on entertainment stories