Congratulates Sifuna and urge him to serve all city residents equally

• Wanjiru was eyeing the Nairobi Senator seat but came in second place.

• Sifuna, the ODM secretary general was declared the winner after garnering 716,876 votes. 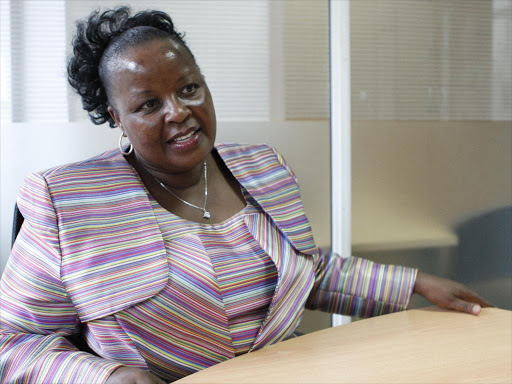 After falling short of ODM's Edwin Sifuna in the contest for the Nairobi Senate, Bishop Margaret Wanjiru has conceded defeat.

Wanjiru, who ran for the position on a UDA ticket, finished second after receiving 554, 091 votes. "Although we ran a vigorous campaign in Nairobi, Edwin Sifuna defeated us.

"We put up a vibrant campaign in Nairobi, but our challenger Edwin  Sifuna carried the day. We congratulate him and urge him to serve all our residents equally," she posted on her Facebook page on Sunday.

After receiving 716,876 votes, Sifuna, the ODM secretary general, was proclaimed the victor.

Others include Jacintah Wambui Kamau, Julie Wanjiru Kabogo, and William Wahome Kabera of the Democratic Party of Kenya (Communist Party of Kenya).

She also expressed her congratulations to other contenders for various elective positions. She added,

"I would also like to congratulate all the other candidates who were successful in the poll, from MCAs, MPs, Woman Representative Esther M Passaris, and governor-elect Sakaja Johnson. Senator Sakaja will be replaced by Sifuna, who will take over as Nairobi's governor from the City Hall."

However, one supporter urged Diana to speak out about the shady political conflict that Bahati was embroiled in and into which her name had been ...
Politics
2 months ago

Bahati rubbished claims by Sifuna and Shebesh that he had been removed from Mathare Mp bid.
Politics
3 months ago
WATCH: For the latest videos on entertainment stories

'I was ready to die...' Bishop Margaret on hospitalisation