• Bahati called out the former women rep Shebesh saying she does not speak for the Jubilee party. 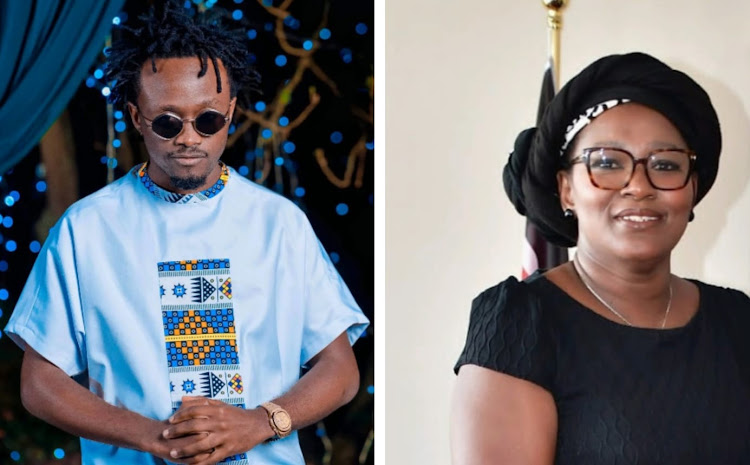 Speaking at a press conference today, Bahati said the incumbent Mathare MP Anthony Oluoch has refused to step down even after a recent poll that revealed Bahati is the most preferred candidate in the constituency.

He rubbished claims that he had been removed from Mathare Mp bid.

Explaining Bahati said Azimio leaders have been holding late night meetings asking him to step down since he is still young.

"We were called for a meeting in mid June which had all representatives from various constituencies. Azimio party leader Raila Odinga made it clear that they would consider a candidate that is highly considered," he said adding that the polls indicated he was the leading candidate.

"I was called for another meeting being chaired by hon.Ngumo and other leaders. They made it clear that I was leading as the most preferred candidate. They said the incumbent was not doing well but he (Oluoch) had refused to step down"

Bahati alleged that he had been severaly asked to step down for Oluoch since he is old and Bahati is young.

Bahati said that he had a meeting with hon. Racheal Shebesh who refused to support his bid.

"Shebesh was so clear to my face. I will not support you coz you are  a youth," Bahati said.

"I gave up and decided to go on the ground. Today, I am surprised that people have released information. I only receive any information from my party which is Jubilee. They have told me it propaganda."

Earlier on today, Rachael Shebesh asked Bahati to work with the larger government and asked him to emulate aspirant Tim Wanyonyi who stepped down for Polycarp Igathe for the Nairobi Governor race.

"We have talked with Bahati several times asking him to work with us in the lager government. Bahati you are not even at  the level  of Tim Wanyonyi who dropped his bid to be Nairobi governor," Shebesh said.

Bahati called out the former women rep saying she does not speak for the Jubilee party.

"Shebesh you are not part of Jubilee party. Shebesh, be a mum and stop propagating things yet you have done nothing for women in Nairobi."

Bahati added that no intimidation or bribery that will make the people of  Mathare turn against him.

"I am not crying today. I am loyal to Azimio government but some leaders in the party don't value the youth. They are only considering old people. If you don't want the youth, tell us," Bahati said.

Bahati then said that as an orphan who grew up in Mathare, God will fight for him.

"I live everything to God. I am an orphan who was raised in in Mathare. God will fight for me."

Bahati also told off Edwin Sifuna for allegedly been bribed to ensure Bahati is not on the race.

"Sifuna you are saying you will give me a job. Who told him I want a job. As far as am concerned, I am have a job and i am still a musician. You are the one who is jobless. Why should a youth fight a youth? You are propagating and you want people to vote you as a senator. If you have been paid, eat it without dictating what my party should do."

Bahati will step aside from the race since Anthony Aluoch is their preferred candidate.
Politics
1 month ago

The ‘Moyo Mashine’ hitmaker will be jetting into Nairobi on June 27, to22 and will be around till July 3, 2022.
Exclusives
1 month ago
WATCH: For the latest videos on entertainment stories