• The President said he was in awe of Karua's personality despite their past ideological differences. 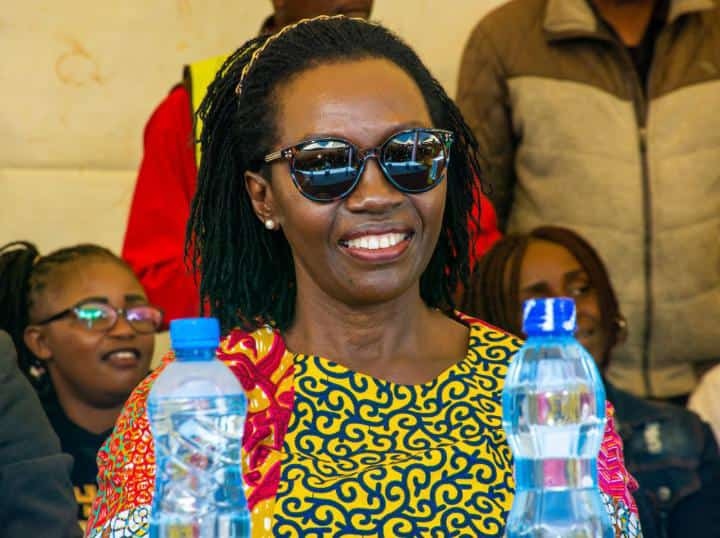 Martha Karua at a past event
Image: The-Star

Martha Karua, the leader of the Narc Kenya party, was chosen as Azimio's running mate because of her integrity and dependability.

This information was provided by President Uhuru Kenyatta on Friday during a meeting with a group of religious leaders at State House in Nairobi.

He claimed Karua can be relied upon since she has always had the best interests of the nation in mind.

“Despite the fact that we have never been on good terms politically with Martha, she is a principled person. It is better I follow someone who is just, truthful and led by the desire to serve people but not self,” Uhuru said.

The President said he was in awe of Karua's personality despite their past ideological differences.

Uhuru cited Karua's unwavering stance regarding public service, noting that she is a reputable leader who has earned his respect.

On June 1 during Madaraka day celebrations, Uhuru tactically endorsed Raila Odinga and as his preferred successor and Karua as the Azimio principle assistant.

He said Kenyans have a historic opportunity to elect the first woman as Deputy President.

“In August this year, if it is the wish of the electorate, we will have a chance of a woman shattering the glass ceiling by assuming the second-highest office in our republic,” the President said.

Uhuru was speaking about his administration’s efforts in empowering and building women leadership in what could expose his role in the appointment of Karua as Azimio Coalition presidential running mate.

On May 16, 2022, Raila nominated the former Justice minister as his running mate for the upcoming August 9 general election.

"This is a moment for the women of Kenya. It is a moment that my grandmother would have been proud of..." - Martha Karua
Politics
2 months ago

"Show us one election you have ever won before you hate another woman!" - and angry Kenyan asked Karen Nyamu.
Politics
2 months ago
WATCH: For the latest videos on entertainment stories