Kalonzo lowkey shaded Martha after she was announced the running mate

• Martha Karua's speech resonated with everyone. "This is a moment for the women of Kenya. It is a moment that my grandmother would have been proud of..." 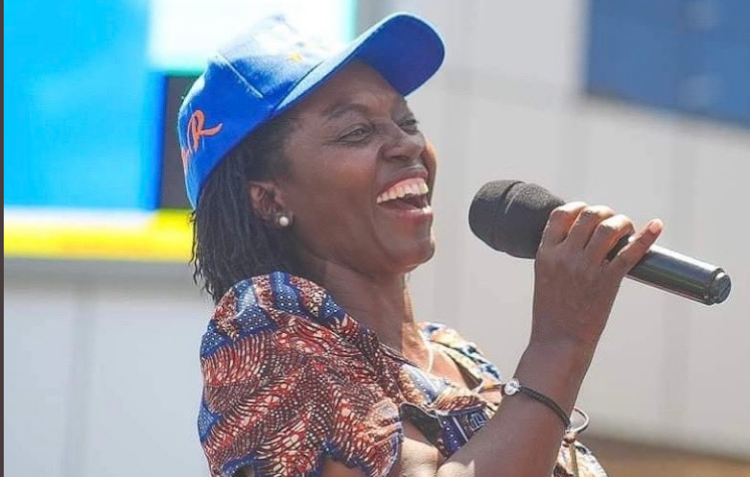 Guyssssss, you can now call Martha Karua, Mama Yao or Madam VP after she was named the running mate to Azimio la Umoja One Kenya Alliance presidential candidate Raila Odinga.

The Narc Kenya party leader was named as the official running mate of Baba.

The announcement was made on Monday at the Kenyatta International Convention Centre.

Accepting the honour of the role bestowed on her Karua said, "I thank the Azimio la Umoja selection panel for their thorough and transparent process in the selection of the running mate. I congratulate the other candidates and I’m indebted to them as worthy competitors."

The event was graced by party leaders allied with the Azimio-OKA coalition.

Meanwhile, Kalonzo Musyoka's thoughts on this are, "I told Raila the decision to pick Martha Karua as his running mate will be met with a lot of opposition."

Adding, "I wish Raila Odinga's running mate well. Raila reached out to me over Martha Karua but we did not agree. I told him I will be naming my running mate."

Raila also lowkey shaded Kalonzo saying, "I needed a true Joshua on my corner, one who will not be a turncoat. After  along search and reflection, together with consultation, I have arrived at the decision that the holder of this position must be a woman."

Adding, "The office of the DP is a workshop which cannot compete with the presidency. The holder must be a co-worker."

State House spokesperson Kanze Dena has defended the government’s borrowing amid concerns that the country's debt is rising to an unsustainable level.
Politics
1 month ago

Amani is Kanze's second child as she lost her first child at three months old
Entertainment
2 months ago
WATCH: For the latest videos on entertainment stories