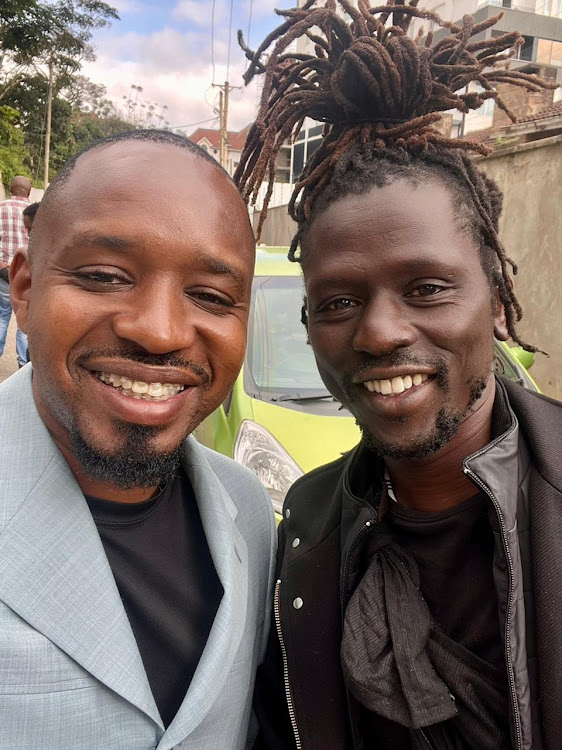 Jal shared the details of the dream with social activist Boniface Mwangi.

Boniface asked Emmanuel Jal, "If you were Kenyan, tell me, who would you vote for?"

Jal did not respond to the question directly but said, his dreams kinda answered that question.

He said, "The only thing I can say, is last week, I had a dream,  I explained to you, I can only explain based on what I was dreaming about."

Jal explained, "In my dream, I saw that Raila [Odinga] became president, and then Martha Karua became vice president."

"I had a dream that Raila Odinga was president and Martha Karua was vice president. " pic.twitter.com/xsNoOK1G1u

When Karua was named by Azimio presidential candidate, Raila Odinga, as the running mate, there were a lot of mixed reactions online.

Jal is in the country where he also released some of his musical projects.

Check out an interview he did with Mpasho a while back.

Jal released the visuals to 'Hey Mama' featuring Check B.

The former South Sudanese child soldier-turned-activist said the song is a dedication to his motherland.

"We made a futuristic track just to imagine how the future of South Sudan will be. It goes my country is amazing. Hey Mama," he said.

"My music is bringing the village I grew up in into the mainstream, modernising the South Sudanese sound with East African influences and authentic hip hop."

"In Shangah, there will be love songs sang in Naath language from South Sudan as well as catchy beats and influences that can be interpreted internationally."

Martha Karua’s appointment as DP gives hope to our mothers, sisters, daughters and all Kenyan women
Politics
1 month ago