Eve Mungai recalls being assaulted and threatened by goons

•Cases of journalists being attacked are a concern to Kenyans

•Eve Mungai said she remains fearless in doing her job 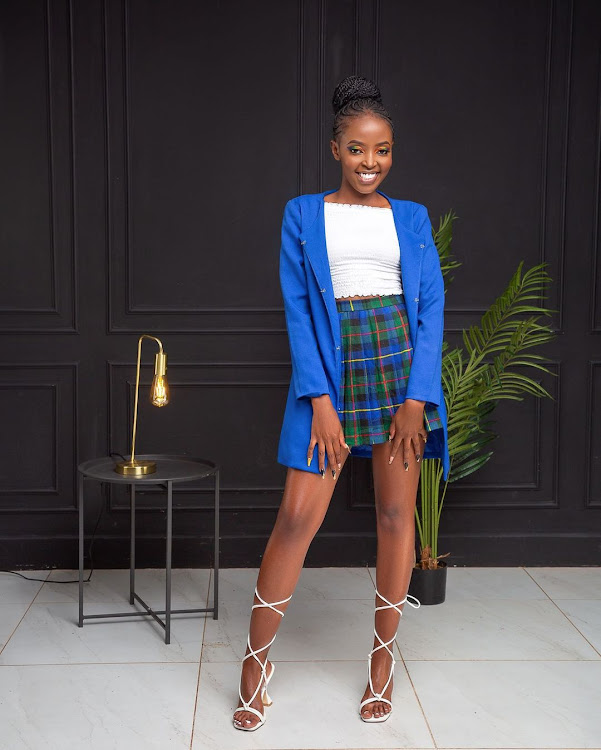 Youtuber Eve Mungai  has detailed the traumatic events she and her boyfriend Trevor faced after doing an interview with a certain Kenyan personality.

The interview contents did not please the celebs' fans who took it upon themselves to threaten her.

Eve told Diana Marua that she came face to face with the goons, and they were assaulted because of a misunderstanding.

On the cook and reveal celebrity edition, Mungai said, "My boyfriend and I were once beaten with nyahunyo's by angry celebrity fans over what they termed a negative story.

"He said I provoked him by turning and talking rudely."

Eve insisted she was not rude and only repeated her question to the gang leader who took it negatively.

"Imagine I was so polite I said nilisema aje? I was polite, sikuwa na guts, maybe right now I can."

Sadly, her boyfriend Trevor and his friend suffered in the beating.

"Trevor has marks to show for the beating It was bad, there were maboys who knew me the first people that I interviewed when I came to the city. So they came so I was saved. But I didn't know where Trevor was. Yaani life was so hard we were like beat us, beat us and kill us if you want to."

The threats continued as the goons promised to 'finish the job'. Eve and Trevor feared for their lives and made the decision to move out of that neighborhood.

"From that day on, we moved houses and everything we had."

Eve went to report the case to the police.

"We told them what the guy told us that the beating was just the beginning and we haven't seen anything yet. mtajua hamjui. By the way it was a big case."

It turned out the guy was being sought out by the police.

"The guy akakujiwa (They arrested the guy). When they came he ran to the balcony where he  hid and refused to come out. It brought alot of commotion and we had to move out. We didn't even know where we were going."

We went back to Juja where we both come from.

Jengea wako! Mungai Eve slams fan who wanted her to build for her mom
Entertainment
1 month ago

Mungai Eve-Guys hate Trevor cause he has me

Mama Kinuthia revealed that the saga involving her son had really affected her
Entertainment
1 month ago
WATCH: For the latest videos on entertainment stories

Brendah Jons says she was robbed on her birthday

Tiktoker who screamed at State House recounts the experience