• Pastor Ng'ang'a had brutally attacked presidential aspirant Wajackoyah's manifesto to legalize the use of Marijuana in the country.

• Ng'ang'a has begged Waihiga to go back to serving God after he got low votes in the August 2022 polls. 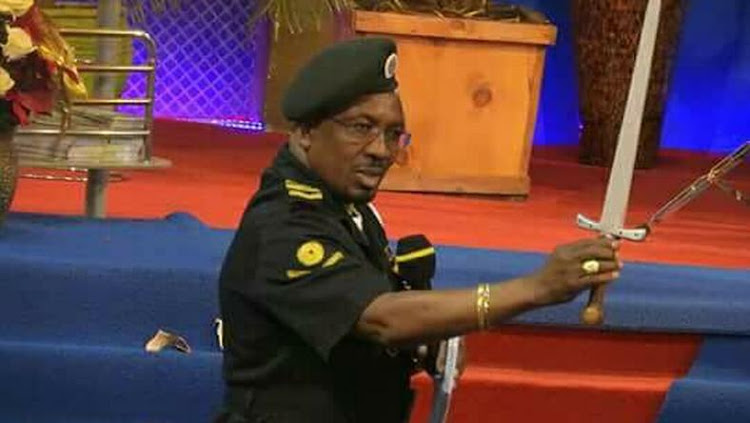 Controversial pastor James Ng'ang'a has sarcastically laughed at the Agano Party Presidential aspirant Waihiga Mwaure over how he performed in the elections.

Ng'ang'a begged the man of God to go back to serving God after he got low votes in the August 2022 polls.

Ng'ang'a said Mwaure was defeated by someone who had promised to sell the private parts of hyenas.

The Neno Evangelist preacher then advised the man of God to return to church.

"Ngai! na ni Bishop. Bishop ulienda kubaya rudi kwa kanisa. (My Lord! and he is a Bishop. Bishop, you made a wrong decision, please return to the church)."

Mwaure said he has seen the figures displayed by IEBC are in favor of Ruto and he was in agreement with UDA's manifesto.

"After deep discussions with our teams at Bomas, we have been following the ongoing process and indicate that the figures there are and have consistently and undoubtedly been in favor of William Ruto," he said.

A few months ago, Ng'ang'a brutally attacked presidential aspirant Wajackoyah's manifesto to legalize the use of Marijuana in the country.

Wajackoyah also promised that he will be releasing all inmates arrested over weed possession were he to become the next president.

In one of his recent preaching, the controversial man of God condemned Wajackoyah claiming he wants to bring curses to the young generations in the country.

Pastor Ng'ang'a said he would pray and his spiritual powers will fight the presidential aspirant for such plans for our country.

"I have the right to speak, you will not bring curses in the country by killing our children for using Marijuana. I curse you, may you die before your time comes. Devil," Ng'ang'a said as his congregation cheered him on.

"I will not call for demonstrations or meetings to pray for such things, I will control from the skies. I will take control and my powers will fight you since you don't care but we are sure you will care at some point."

George Wajackoyah, the Roots party presidential candidate has said they are confident they will win the just concluded election.
Politics
3 months ago

President Uhuru Kenyatta will on Saturday meet all the newly elected Azimio leaders from 10 am.It’s not clear what the agenda
Politics
3 months ago

Careers politicians who lost can engage in