Watch: Pastor Ng'ang'a speaks on why he got jailed for 20 years

The devil was blocking me - Pastor Ng'ang'a

• In jail, the 69-year-old preacher desired to know God and get saved. He then started preaching in jail two and a half years before leaving prison. 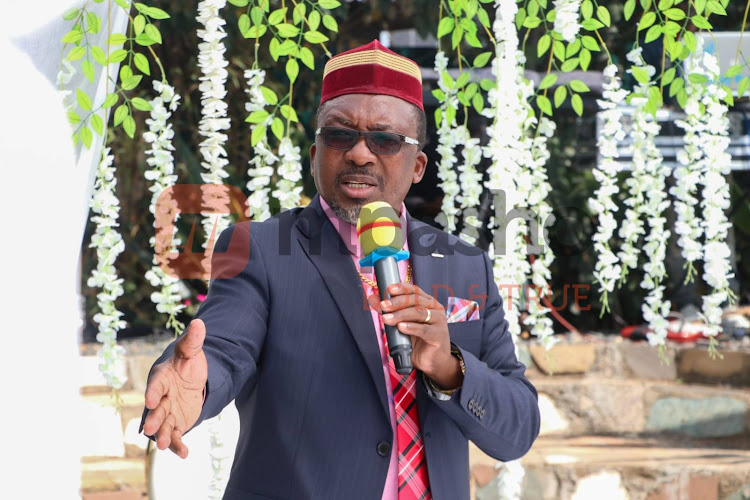 According to Ng'ang'a, he was involved in criminal activities that led to his imprisonment.

"It is crime, I was a robber with a gun...I would steal...we fight..." he told Mpasho in an exclusive interview.

In Jail, the 69-year-old preacher desired to know God and get saved. He then started preaching in jail two and a half years before leaving prison.

"I have been imprisoned for 20 years, I was released in 1992. I have preached the gospel...bought land saved people. When you come and start soiling my name, that cannot help you because you are fighting with God's chosen one," he said.

Before his rise to stardom through the ministry, Ng'ang'a says he would also do menial jobs for his survival.

"I have smoked bhang, drank alcohol...been caught with a gun and became saved. I have sold mangoes, pulled carts. There are those experiences other pastors do not have."

The televangelist adds that his criminal past was caused by demonic works that would make him repeat offenses even after being released from prison.

On his controversies on social media, Pastor Ng'ang'a says it is because of his position as a national leader.

" It is after she died that the kids looked for me." - Pastor Ng'ang'a
Exclusives
2 months ago
WATCH: For the latest videos on entertainment stories