'I can never be ashamed of my past!' Amber Ray declares

Socialite Amber Ray is enjoying every phase in her life

• Amber Ray is always updating her fans about her life and growth. 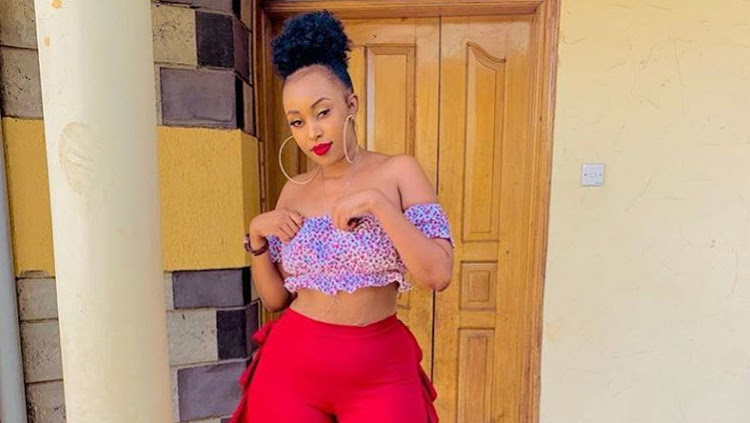 Socialite Amber Ray is never ashamed about her past life. The famous Instagram socialite shared a post on her social media explaining that everything she has ever indulged in she is comfortable with it.

Amber said she may have done terrible mistakes and even broken many rules but she will never limit herself to her past.

"One thing I can never be ashamed of is my past ...I agree have done so many terrible mistakes, broken so many rules, disobeyed God in so many ways, and asked for forgiveness but I can never limit myself to my past coz that's what made me who I am today," she wrote.

Amber went on to state that she is enjoying the phase that she is currently in hoping to experience growth even more.

"…I don't know what the future has installed for me but I know the grass is always greener on the other side; and am absolutely enjoying this phase and I can't wait to experience growth even more🥰 Thank you my love for being so intentional."

Amber Ray's love life has for a long time been the talk of town Because of her shenanigans in switching different men.

She has had numerous previous lovers in the past that have had an equitable share of dramatic experiences.

Amber is never ashamed of introducing her new lovers to the public. She is known to only date men who are stinking rich and who possess big names. She had been married to Zaheer Merlahi Jhanda as a second wife, who is a politician.

Their marriage of three years has been a strained relationship as Amber Ray was accused by the first wife of practicing witchcraft on her husband to break into her home.

Amber responded to the accusations and said that she was playing a character on television. Later she vowed never to be a second wife.

Amber dated a string of guys where Jimal Roho Safi was one of them, married her, and became the second wife.

The socialite then dated Sierra Leonean basketballer Kabba for two months before breaking up and hooking up with businessman Kennedy Rapudo.

Amber Ray is currently with Kennedy Rapudo if their social media is something to by.

The beautiful wedding went down on Friday July 29 afternoon in a beautiful resort where Amber and Kennedy showed off their love.
Entertainment
6 months ago

• Jimal had been working over the weekend and felt unwell while leaving the office. • The father of two posted an image of himself on his hospital ...
Entertainment
6 months ago

Amira is co parenting with Jimal and on the last day of July, Amira took her boys to have fun.
Entertainment
6 months ago
WATCH: For the latest videos on entertainment stories