• Amira said it is worth every coin she has parted with.

• Jimal was not part of the weekend festivities. 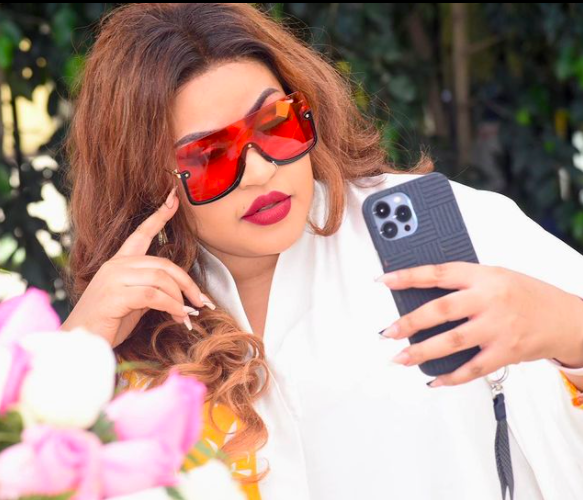 Somali businessman Jimal Roho Safi has two children with his first wife Amira. The two boys are loved dearly and their parents go to all ends to spoil them.

The day was documented by Amira in a long video. The day began at Playland amusement park where the two teens enjoyed playing some virtual reality videos.  Amira captioned it "Sunday Funday"

Next up was buying cotton candy at the family amusement park and trying their hand at Trampoline Park, Bowling, Soft Play Area, Virtual Reality, Ropes Obstacle Course, and Pool Tables.

The amusement park is along Mombasa Road.  And to cap off the day was shopping at LC Waikiki. The boys went crazy picking out all the outfits they wanted.

Giving fans an insight into her parenting journey, Amira showed she spent sh101,450k in total for the clothes. "Shopping time" Amira declared.

Amira added that it is worth every coin. "As long as my kids are happy am happy."

Amira and Jimal have been in the news recently after the matatu owners chairman publicly apologized to his first wife for mistreating her.

He was apologizing for disrespecting her at the time he was also marrying a second wife Amber Ray.

Jimal acknowledged his part in the mess saying he opted to make a public apology since he also embarrassed her publicly.

“If I’m being honest, this hasn’t been easy for me to write. Out here I may seem okay but deep down I’m broken and I can no longer continue to live like this,” he wrote.

He said that, although he kept silent at the time, the manner of their split caused him internal anguish.

“Most of you if not all know what happened between me and my wife and how we came to limelight; To say the least, It was chaos! It was messy! It was downright ugly! I may have seemed unbothered but I was helpless. I knew it was wrong.”

Amber Ray speaks after Jimal begged to get back with Amira

Amber Ray was the main reason that Amira and Jimal broke up in the first place
Entertainment
3 weeks ago
WATCH: For the latest videos on entertainment stories