Shakila claimed she is among the top socialites in town

• Eric and Shakila insinuated that they are the top socialites in town.

• Eric said Mishi is currently broke as Shakila stopped him from discussing the former socialite. 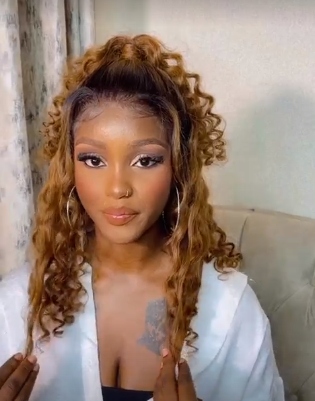 The two held a show where they were debating about who is currently the top socialite in town. Comedian Eric Omondi wore his favourite dress during the show in his female character Divalicious.

From the talk, both Eric and Shakila insinuated that they are the top socialites in town. Eric said Mishi is currently broke as Shakila stopped him from discussing the former socialite.

"Stop mentioning her in this show. Who is Mishi Dorah?" Shakila mocked.

"She is everything bad, everything about her is bad. From her nails, her talks, her makeup, her looks, her hair is bad. And she is gone, we left her, we are in the current, we are in the era of Amber Ray, Shakila and Divalicious, so let's forget about her," she opined.

Eric asked Shakilla why she described Mishi in that brutal manner. Shakilla defended herself saying Eric started the conversation about Mishi when he said Mishi was broke.

"She is not broke, just that a Nigerian called her and lied to her and conned her. I don't know if she is broke or not," Eric said as Shakila asked him why he did not bail her out.

Mishi Dorah, whose real name is Dianah Clara Ojenge was jailed for one month for allegedly not paying alcohol bills.

She was released in July and in a recent interview with Dr. Ofweneke opened up about the events that led to her arrest and imprisonment after failing to pay the sh152k bill.

Former Nairobi Diairies actress Mishi Dora's date with the courts last week Friday seemed to have been a turning point for the outspoken socialite.
Entertainment
1 week ago

Mishi Dora hosted her friends at a fancy party to celebrate the release of a film she was cast, accruing a KSh 152,550 bill
Entertainment
2 weeks ago
WATCH: For the latest videos on entertainment stories