Eric Omondi describes the mistakes he made soon after getting fame

• One mistake was not investing properly when he made money.

• Eric was 21 when he almost stumbled. 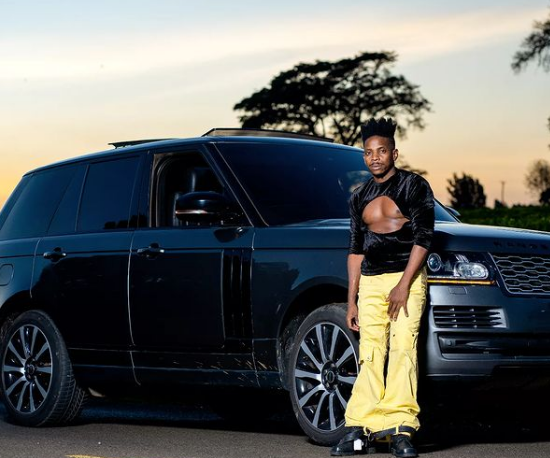 Eric Omondi has described the mistakes he made soon after getting fame. Let's not forget that the comedian got fame and fortune at a pretty young age.

Speaking to Presenter Ali on his YouTube channel, Eric confessed how this landed him in problems at one time.

Eric's journey to fame came when he got his big break on Churchill show.

"My fame came within three weeks. Fame came too fast too abrupt. It caught me off guard. And I became so famous so fast so broke. Every week nainua. At first, it wasn't a problem in the matatu, after three months ...looking sideways..judging looks...aie jamaa wa tv, jamaa famous."

People even began to think he was using public transport to record shows, but he wasn't. He wasn't on contract during Churchill, but a solution was found.

"It got worse. Churchill told the producers tumtafutie kitu. I was getting something small for transport. I had only one pair of jeans."

Things got better after Churchill's intervention.

That was what helped him understand he was a brand and could be paid big money. Unfortunately, Churchill went on a break for one and a half years. But was that a setback for him? Nope...

"It didn't take two days. I got a call from KTN. they gave me a show and good money," he said.

It didn't work out as expected though," The first episode was so bad, the second was the worst. They canceled the contract. They didn't even want a refund of the contract."

But things would get better soon after despite the poor KTN show. "Season two Churchill I made a lot of money I never invested."

He got an airtel deal and bought a Mercedes. "If I knew! I was 21/22," the comedian said ruefully.

He then opined that financial literacy was very important for artistes to know when they make it.

"We have failed the industry as pioneers. We had no one to mentor us, and I was okay but now things are different. Tumekosea kidogo advising them on literacy and depression"

The comedian, Eric Omondi, has pointed a finger at Chantal's current bae, Nicola Traldi, accusing him of battering her. Nicola has denied the claims.
Entertainment
1 month ago

"Not paying school fees and upkeep for your child and making fun of it live on camera isn't funny at all." -Sarah Kabu
Entertainment
9 months ago

Jacque Maribe has reacted to videos of her reconciliation with baby daddy, Eric Omondi.
Entertainment
9 months ago
WATCH: For the latest videos on entertainment stories