Did you know that Jovial was married!? Some fascinating facts about musician

Interesting facts you need to know about Jovial.

• Her nationality is Kenyan from the tribe of Mijikenda inhabiting the coastal region. 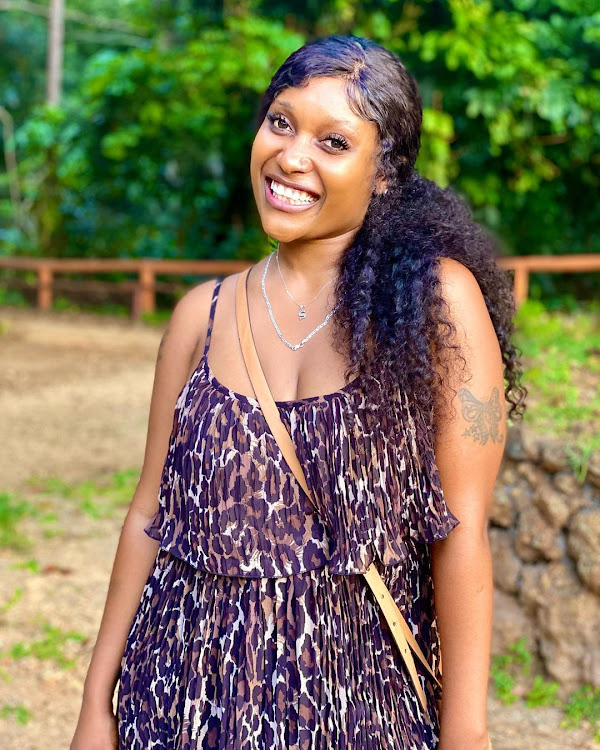 Kenyan songstress, Jovial, real names are Juliet Miriam Ayub. Her name Jovial started way back in primary school where her teachers used to describe her as a jovial person because she was always happy, laughing, making friends, and rarely got upset.

She was born on 1st January 1992 in Kisauni the coastal town of Mombasa.  Although Jovial is a half-cast of a Luhya Kenyan Mother and a Mijikenda Tanzanian father, she has spent most of her life in Mombasa.

Jovial is an entertainer, vocalist, recording, and performing artist, soaring her brand in the music industry.

Her music inspiration and influence was her late mother, whom she admires to date. She got discovered and started singing at a young age in her local church choir and participated in music festival competitions across Mombasa in her primary school as a lead singer.

Her style of music is Afro-Fusion and R&B, she sings mainly in the Swahili language which she states allows her to express herself well and defines her true identity as a Kenyan.

She marked her debut in music with her first song, ' Chanda chema’, which received a great reception, gave her a lot of airplay, and gained her a fan base that has been cheering and supporting her throughout her music career.

She has worked with other artists such as the legendary Jua kali, Arrow Boy, Otile Brown, Mejja, Darassa, among others on various music projects such as, 'Jiachilie,' 'Amor,' 'Zichune,' 'Jeraha,' among others.

She plans to pursue her music career to the fullest, despite the challenges of starting a successful career.

She looks forward to doing more hits and collaborating with more artists, having a wonderful team to work with, and backing up our Jovial songbird.

Her father was a guitarist and preacher while her mother was a choirmaster, both serving at the Anglican Church of Kenya.

Before blowing up in the music industry, she was in a long-term relationship with her baby daddy who was to become her future husband.

Jovial separated from her husband and she is now single. The two got a kid together and as time passed Jovial learned of her ex-husband as someone who had no ambitions and direction in life.

She felt like the guy wanted her to stay at home and she did not want to be a housewife to a guy who did not have a future. So she chose to split up with him and decided to push her brand in the music industry.

The artist always put her love life away from the public hence not much is not known about it as of now.

Samidoh opens up on whether he has any regrets in life

Samidoh says people would attack him and assume he is bragging.
Entertainment
7 months ago

Betty Kyallo had to deal with an unpleasant comment on her comments section
Entertainment
8 months ago
WATCH: For the latest videos on entertainment stories

Ruto didn't believe I would write his biography - Babior