US singer Anthony Hamiltons first big hit, “Charlene,” was in 2004

• This event is brought to you by Stanbic and Radio Africa 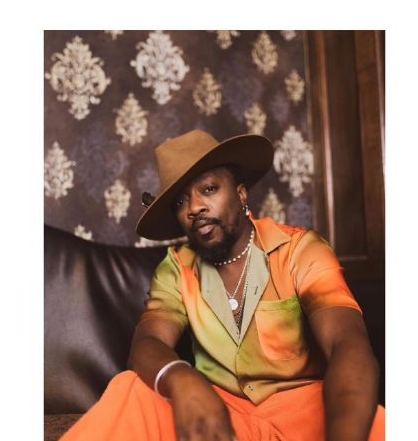 For over ten years, Anthony Hamilton faced a lot of disappointments with the ups and downs of the music business.

Hamilton knew from an early age that he wanted to become a famous singer and that he has, as he will be headlining the Stanbic and Radio Africa concert at the Carnivore this Saturday.

The concert will feature other artists like Kenyan heavy-hitters; Otile Brown, June Gachui, and Dj such as DJ Pinye, DJ Stylez, and DJ Forro.

Here are things to know about Anthony Hamilton;

1. Hamiltons first worked as a barber in Charlotte and credits the atmosphere there for helping to shape his voice as a songwriter.

This was before he got the record deal that would bring him to New York, and then to millions around the country with the release of his breakthrough album, Comin' From Where I'm From.

2. Hamilton has worked for more than 25 years as a professional artiste.

3. His humble beginnings started as a church choir singer at the tender age of ten. According to Hamilton, his whole family played a role in the initial steps of his career.

"Grandmother, granddaddy and aunts and uncles and everybody else [said], 'Boy, you better go down there. You gonna do something. You need to join the choir because you need to serve the Lord,'" he said.

4. Along with his singing, Anthony Hamilton has ventures in food, fashion, and movies, all of which he seeks to expand while staying connected to his music.

5. It took him almost 11 years to release his debut album. He was signed to almost six record labels  - Uptown, MCA, Harrell Entertainment, Soulife, and Atlantic among others before he finally got his breakthrough.

6. He ditched gospel because he wanted to become famous. He once told Vogue, "I was rebellious," he says. "I was walking the line [between] the church and the world then. That was my battle."

That battle also played out in the urging of family and community members to, "Sing for the Lord, don't sing for the world."

8. He loves his fedora hats and is often seen rocking them at his events.

Hamilton jetted into Kenya Tuesday, July 26. He dropped by the Radio Africa offices for interviews at Kiss 100, Classic 105 and Homeboys Radio. During the interview Hamilton told of his eagerness to see normal life in Nairobi.

What should his fans expect?

"I will give my all, I did not come all this way to pretend, I will give the fans more than they can imagine."

How does he continue being humble despite selling more than 50 million albums?

"It's just music. when I get off I am washing dishes and cooking for my kids. I also do laundry. I clean it all, I love cooking."

To join a record label or not?

'Not all record labels are bad but some don't nurture new talent. Sometimes you use them for networking. You can use that who makes it work. It's like paying your way through college. It is necessary until you know the ropes around."

Anthony says he is now an established businessman as it was a necessary evil.

"When I got into the music business I just wanted to sing but when I got into it I realized there was more business than music. I had to learn business least I ended up broke."

Does he have a wish list of people he would want to collaborate with? He responded in the affirmative saying that some of these people include

The father of six says that heartbreak inspired some of his most successful songs. And to begin his thrill the first place to visit was the Nairobi National Park.

Don't forget to check out Hamilton's concert at the Carnivore this Saturday. Buy your tickets at this link or at Stanbic Banks in Westgate, The Hub, Garden City. You can also purchase tickets via Stanbic agents at Sarit Center and Yaya.

Otile Brown's story is a classic tale of 'from grass to grace'
Entertainment
6 months ago
WATCH: For the latest videos on entertainment stories