Samidoh fights a troll who said he took political sides

Samidoh was thanking his fans for always supporting his talent.

• Samidoh has responded to a fan who called him out for taking side during the past elections.

• A fan criticised Samidoh for supporting a particular political party. 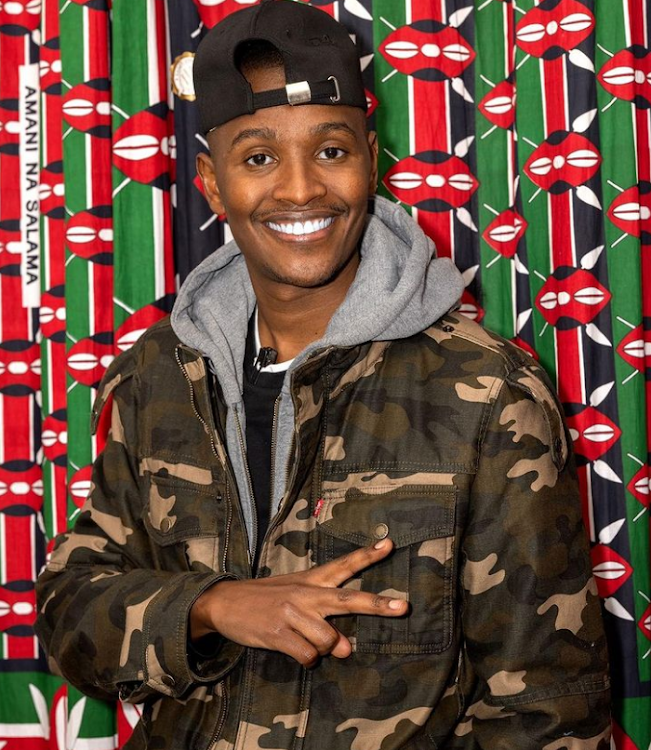 Mugiithi artiste Samuel Muckoki alias Samidoh has responded to a fan who called him out for taking sides during the recently concluded General election.

In a post on his Facebook page, the father of five thanked his fans for always supporting his talent.

"Sincere appreciation for your continued support and prayers. Your organic love is a blessing to me. I owe it to you."

The post attracted mixed reactions from a section of his fans.

However, one comment that got the attention of the veteran Mugiithi singer was from a fan who criticised him for supporting a particular political party.

"We love you but stop taking political sides. As a role model, you need to be neutral."

Responding to the comment, Samidoh simply told the fan, he is in the industry to make money.

He went on to tell the fan that how he is interpreted that does not affect him. In short, he asked the fan to mind his business!

"God gave me a talent to earn from it. So, even if you also call me to come and perform when your family is digging a toilet at your home and you pay me, I will come. Your interpretation on the same is upon you. It doesn't affect me. Thank you," Samidoh said.

During the past campaign period various artistes took sides depending on who paid them the best or who approached them the first.

For example, Diamond was paid a lot of money to come and perform at Kasarani during the final Azimio rally.

Femi One also performed at the event.

On the other end, Gospel singer Solomon Mkubwa was also hired by Kenya Kwanza to perform at Nyayo Stadium during the last political campaign.

Some artistes however, felt they did not want to be associated with politics.

According to Bien, not all artistes are interested in performing at political rallies.

Bien Baraza was responding to Eric Omondi after the comedian blamed Kenyan musicians for proving unworthy to perform at Azimio's final rally.

"But we don’t want to be in political forums such as these," Bien wrote.

Mejja said he was approached but he did not want to divide his fans.

"I am not involved in any political party. I am not affiliated with any party because I don't want to divide Genge fans. I want my fans to vote and do it peacefully. The youths should be careful not to be used by our politicians. The idea is to make sure we vote those who will make change in our lives."

Khaligraph also said he would never want to divide his fans.

"Something with the entertainment industry, I could be having a certain preference in the political world, but my fans have a different one," he said.

"The minute I endorse a politician, it will never be the same. When people are elected, things go back to normal in most countries, but in Kenya, people will hold beef against you for endorsing a certain politician."

Khaligraph said Diamond should return the money because the party he was supporting ‘failed’.
Entertainment
1 month ago

Sina ubaya! Juliani responds after being trolled for hating on Diamond

Sauti Sol's Bien said not all artistes are interested in performing in political rallies like Diamond is.
Entertainment
1 month ago
WATCH: For the latest videos on entertainment stories