His wife's a pastor! 5 fun facts about Rigathi Gachagua

• Rigathi Gachagua is the current member of parliament for Mathira Constituency.

• Gachagua was elected as a Kenyan member of parliament for Mathira constituency in 2017. 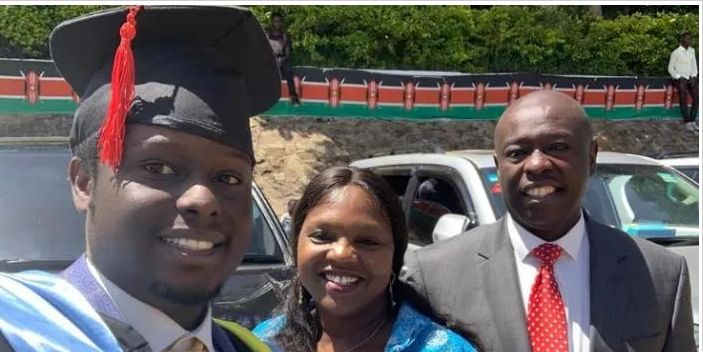 William Ruto's running mate Rigathi Gachagua's name has been on everyone's lips. The 57-year-old will be helping Ruto campaign for the country's top seat on a UDA ticket.

Unlike his fellow politicians, Rigathi has always kept his family private.

Below are a few things you didn't know about his wife and kids.

Gachagua recently faced off with Azimio's, Martha Karua in the second part of the running mate's debate that lasted 90 minutes.

In the debate, Karua exhumed confidence in her principal Raila Odinga's track record, saying that coupled with her record, they are best placed to take the country forward.

"I will be a deputy president who is respectful to the Constitution, the people of Kenya, of my principal, and a person who will obey the rule of law, and do the best to support my captain to deliver for this country," she said

She noted that cases such as the deputy president publicly disagreeing with the President will not be seen in public as has been the case with the Jubilee government.

Karua noted that they will always sort their differences behind closed doors unlike President Uhuru Kenyatta and William Ruto, and that she will let Raila lead the country.

Gachagua defended himself saying he is the right man for the job as he is very experienced.

"I have 35 years experience in public service, I have the zeal to serve and I don't take alcohol, and I have a fairly good idea of how to assist Ruto to serve this country." - Stated Rigathi Gachagua.

Which team will you be voting for and why?

"I'll construct a nice residence, as well as a nice location for men to grill meat and drink what we drink as we talk," Gachagua said.
Politics
1 month ago

Kenya's second in command William Ruto has to let go of his power privileges today as he went to present his papers to the IEBC to run for the top ...
Politics
2 months ago
WATCH: For the latest videos on entertainment stories

What is state capture exactly?