• In case you found yourself on the streets of Twitter on Wednesday, you might have seen 'Riggy G' trending for the better part of the morning. 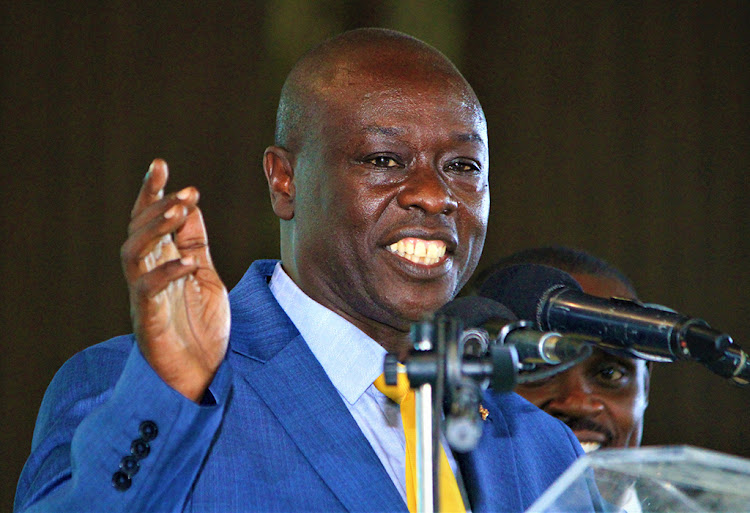 In case you found yourself on the streets of Twitter on Wednesday, you might have seen 'Riggy G' trending for the better part of the morning.

The nickname in fact was invented on Tuesday night during the Deputy Presidential debate when he left many impressed with his debate skills and how he managed to articulate Kenya Kwanza's plan for this country.

Once one tweep used 'Riggy G' the name became an instant hit among other Twitter users who loved the name and thought it would sound cool for a DP candidate.

Check out some of the tweets that brought traction to Gachagua's newly acquired nickname;

Chelimo: Riggy G has won this one, I never expected it. But wueh

Adhis: Riggy G was so sure that Gazette Notice would come in handy. He just didn't know at what point exactly. Preparedness

Ben Cyco: It's how #KOT comes up with nick names for people and they stick, now what is Riggy G?

There were fireworks on Tuesday night when all four Deputy Presidential candidates, Justina Wamae, Ruth Wambui, Rigathi Gachagua and Martha Karua engaged in a debate to sell their agendas.

Every candidate came armed with facts and manifestos ready to win over voters and what followed was blow after blow of strong opinions, counter attacks and hilarious jabs directed at their opponents.

We take a look at some of the key pointers from the debate which got Kenyans talking.

"Marijuana also gives flour and cooking oil...if maize flour is costly, we can use marijuana flour to cook ugali or chapati." - Justina Wamae

"I have 35 years experience in public service, I have the zeal to serve and I don't take alcohol, and I have a fairly good idea of how to assist Ruto to serve this country." - Rigathi Gachagua. Deputy Presidential Candidate, UDA Party

"I don't have billions, I have Sh200 million in my account. The policemen investigating me don't understand accounts... I'm a man of principles and Uhuru Kenyatta knows that." - Rigathi Gachagua

"The truth of the matter is that the role of President Uhuru Kenyatta in Azimio is to craft his own succession and continue governing Kenya through his proxies, Raila and Martha." - Rigathi Gachagua

Karua faced off with Kenya Kwanza deputy presidential candidate Rigathi Gachagua in the second part of the presidential debate that lasted 90 minutes.
Politics
2 months ago

All about Sakaja's wife and kids

Johnson Sakaja lost his mum Emily Ayoti Kubasu while he was aged 9.
Entertainment
2 months ago