He claimed that Kenya was facing a spiritual battle that could only be won through the prayers of those who believe.

• The Kenya Kwanza presidential candidate called for a peaceful election, urging Kenyans to pray for peace.

• While giving vote of thanks, the DP thanked God for the presidential journey he started. 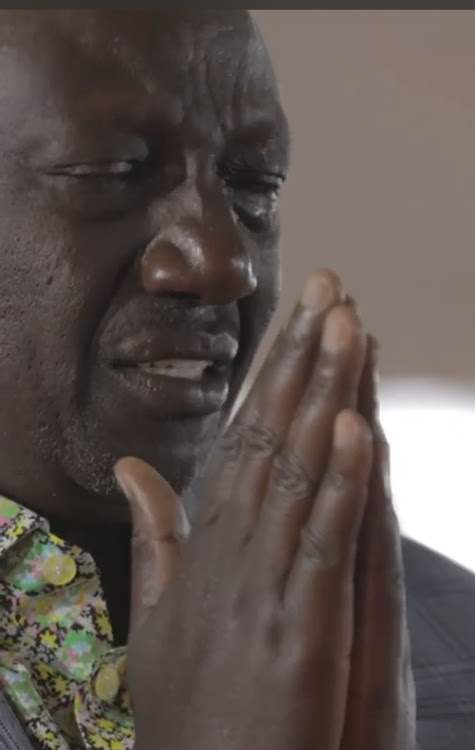 Deputy President William Ruto was overcome with emotion on Tuesday while hosting a prayer meeting in his Karen home.

Ruto is frequently observed becoming pious during praise and worship times as tears stream freely down his cheeks.

The DP can be seen putting his hands on his face at one point and blinking with teary eyes, which could mean he was trying to hold back tears.

Ruto and his wife Rachel were participating in a prayer meeting led by Bishop Mark Kariuki while standing side by side.

The DP thanked God for starting him on his presidential journey during his vote of thanks.

Ruto expressed his team's gratitude for having witnessed God's hand at work throughout the journey. He claimed that they faced and overcame numerous obstacles along the road.

According to the DP, Kenya was engaged in a spiritual conflict that could only be resolved through the prayers of believers.

We are really appreciative as a team and have noticed God's hand in this journey.

The Kenyan Kwanza presidential candidate also urged Kenyans to pray for peace and appealed for a peaceful election.

Because we want to vote in peace and eventually God's will triumph, we urge every Kenyan to pray for peace, added Ruto.

"We would want to request that you keep praying for us and the stability of the nation... There are those who wish to disturb the calm in our nation, he continued.