Kajiado North Mp aspirant Anita is off the market

• Anita was paid for dowry according to a video seen by Mpasho.

• Fans have been ;left green with envy. 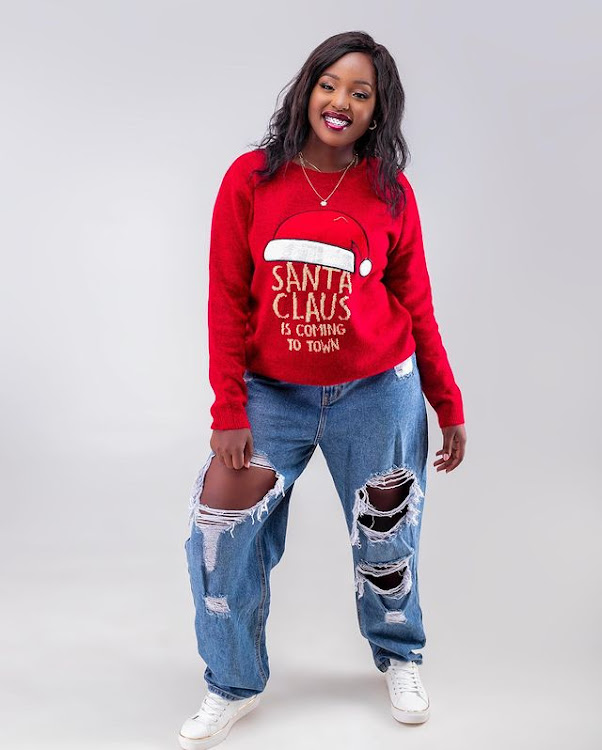 Kajiado North Mp aspirant Anita Soina has excited her potential voters who have been won over by her campaign skills.

The young aspirant has released a campaign video depicting herself as the youngest bride in town.

"We bring forth the most preferred, well exposed and learned, competent, passionate and clearly the most beautiful bride for Kajiado North Constituency," read the video's caption.

In the video, her fiance does the mandatory ritual of identifying his bride who is covered with kanga's and he unfortunately unveils the wrong one.

Check out the hilarious campaign video below;

We bring forth the most preferred, well exposed and learned, competent, passionate and clearly the most beautiful bride for Kajiado North Constituency ✨ #TheGreenMP #GTAP pic.twitter.com/eCb0LFxZaS

Fans were tickled by the originality seen in the video with some praising her. Others didn't appreciate her new way of campaigning.

Anita Soina is a 22 yr old climate Justice activist and passionate environmentalist as well as an aspiring Member of Parliament for Kajiado North constituency.

Anita's ambition to become a politician started early with the 21-year-old saying that she wanted to influence change from within the corridors of power.

Anita has also weighed in on the political rhetoric Kenyans are currently witnessing between politicians. She advised

"The citizens have been given the power to vote and redeem themselves from the previous poor choices. Sadly majority are still voting tribes, highest bidders and six-piece."

Anita is also on a peace preaching mission. Anita uses her social media page as a climate leader and on July 13, met President Uhuru Kenyatta in Sweden  2 day high-level UN convened meeting where activists such as herself converged.

Below are a compilation of Anita's political slogans since launching her campaigns.

- We are not short of manifestos, we know the solutions to most problems.. what we are lacking as a society are enough leaders of goodwill. We must turn around the situation by making sure we are using our power of voting well.

-Never trying is always worse than failing. If you fail at something, it becomes a life lesson you can apply to future situations. Even though most people know that it is better to try and fail than to never try at all, they still refuse to take chances.

-Guess who’s gazetted? Anita Soina , The Green MP herself. Upwards and onwards always. With all the efforts, I deserve everything and everywhere I have always gotten myself to. This is an inspiration to so many citizens who believe in SOINA and see SOINA as their hope.

The young environmentalist urges people to support leadership that will bring change and development, she says not only in Kajiado but in the entire ...
Entertainment
3 months ago