• Uhuru re-opened the Expressway that had been closed the night before.

• The president wasn't in a joking mood as he savaged his deputy and his allies who have attacked him all week. 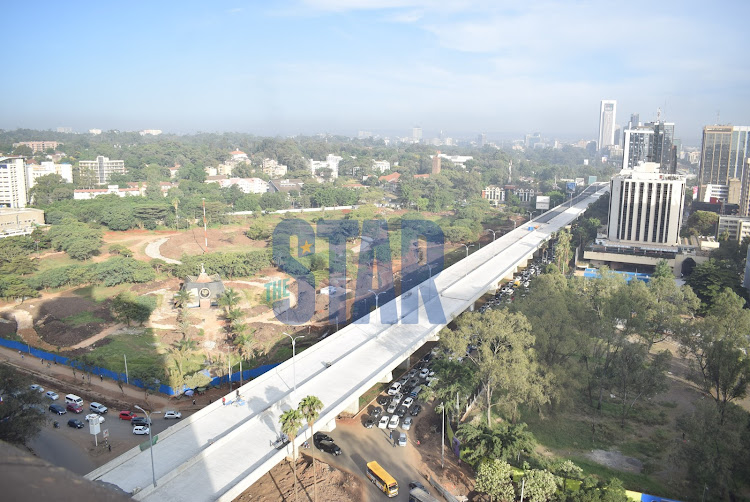 An aerial view of the Nairobi Expressway on February 15, 2022
Image: CHARLENE MALWA

The Nairobi Expressway has been officially opened by President Uhuru Kenyatta after been closed yesterday because the trial time had expired.

While at the launch, President Uhuru decided to retaliate to the attacks he has been receiving from Deputy President William Ruto and his allies.

The president said he chose to respond because they had been misleading the public. Despite the various attacks they have launched against him, he claimed that in the last 5 years as president, he has never hurt anyone.

Uhuru claimed he had the authority to take any action during that time, but he chose not to since he had no animosity toward anyone.

Ruto claimed that the president had threatened him and his allies in a secret meeting.

“I want to ask Mr. President, please, you should not be the source of threats in Kenya. Stop threatening Kenyans, your work is making sure all Kenyans are united,” he said while speaking in Kapsabet, Nandi County.

“Stop saying we will know you are the president, we are the ones who elected you to the presidency. Stop threatening us, We cannot be threatened.

With a lot of respect be a decent human being, we are the ones who helped you so stop pretending now, you have started threatening me but as long as you don't harm my children, let us respect each other,”  he added.

Rigathi Gachagua, the UDA presidential running mate now says his life is in danger. The politician claims that some people have been trailing his
Politics
4 months ago

The crazy and dramatic arrest of Benjamin Washiali, a member of parliament for Mumias East, an MP closely allied to Deputy President William
Politics
4 months ago
WATCH: For the latest videos on entertainment stories