• The Kiambaa KAG church was set on fire by raiders who left 35 people dead. 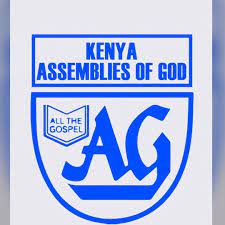 The Kenya Assembly Churches in Kenya has appealed for financial help to build KAG church Kiambaa.

The church was destroyed in 2007/2008 post-election violence leaving 35 people dead.

In an advert posted in the local dailies, it is being alleged that different politicians have in the past opposed the rebuilding.

"The local community led by Bishop Joseph Kamau Mariko of KAG Uasin Gishu and well-wishers have been planning to rebuild the sanctuary.

This is despite serious opposition from politicians blamed for the barbaric act that left a permanent scar not only on survivors but the Kenyan nation as a whole."

Janet Mbugua declined the offer saying, "Indeed, active engagement in politics isn't for me at the moment."
Politics
1 month ago

Violence against women is a serious problem and women in the public limelight disproportionately deal with online toxicity.
Politics
1 month ago 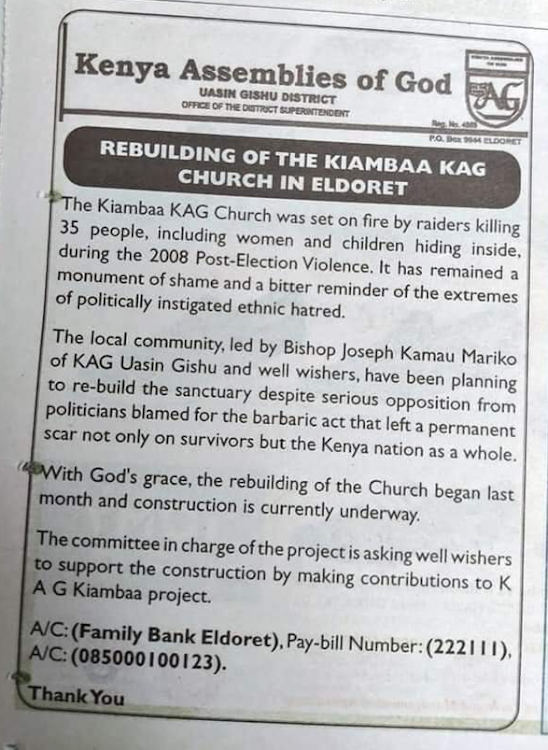 For singer Bahati most of the qualifications have been met. However, if the law is not amended in time for the 2022 national elections, he will not ...
Politics
2 months ago

Asked who would vote for him in 2022 no one in the congregation lifted a hand.
Politics
1 month ago

He apologized for the absence of his sons Nick and George.
Entertainment
2 months ago
WATCH: For the latest videos on lifestyle stories