• Kiraitu was scouting for votes during the prayer summit. 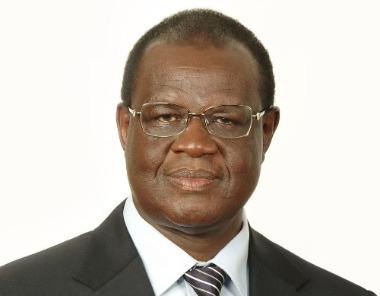 Meru Governor, Kiraitu Murungi, was left with egg on his face after congregants embarrassed him during a prayer summit.

This was after the congregation unanimously decided they wouldn't vote for the incumbent Murungi for Meru governor during the August elections.

"Your Governor is standing before you today, have you seen his work?" Asked Murungi's wife.

To which the crowd responded "No."

Trying not to show her shock she asked for a second time, "You mean you have not seen his work? Let me see by the show of hands how many people are going to vote for him."

To her disappointment and that of her husband, no one lifted his/her hand into showing them support.

A flabbergasted Mrs. Murungi responded by letting her hubby speak aka 'carry his own cross',

"So hata hana kura? Let him speak for himself then, Thank You and God bless you." she said.

The video has elicited a lot of reactions with many saying this generation is woke and won't be easily manipulated by sweet words from politicians.

Wambui Wanjigi urged Kenyans to support him to have a taste of how Jimi Wanjigi is a visionary and great person.
Politics
2 months ago

Jaguar who was ushered to the podium to address a crowd in Muthurwa market was met with resistance from a section of the crowd.
Politics
2 months ago
WATCH: For the latest videos on lifestyle stories