• It has also seen the launch of #HeshimuDada, a campaign calling for peace and non-violence during the election season, particularly politically motivated violence against women. 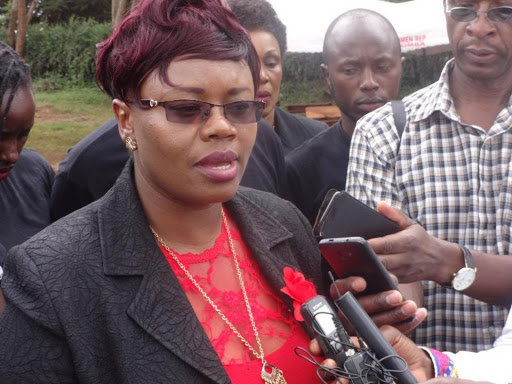 The Kenya Women Parliamentary Association (KEWOPA) is tired of being targeted by trolls and cyberbullies.

The association boasts of having 96 female politicians drawn from across all political parties both elected and nominated in Kenya’s Senate and National Assembly.

They have devised ways of fighting back trolls who always come at them, especially during the electioneering period.

Working together with Google, KEWOPA members will be equipped with online safety tools and skills that will help them mitigate the impact of online trolls and cyber-bullying.

Google has released the code for a free tool, Harassment Manager, that allows people more vulnerable to online attacks, such as journalists and women leaders, to document and manage online abuse targeted at them on social media, starting with Twitter.

The training, delivered through the #IamRemarkable program, is also aimed at combating gender-based violence and empowering women to overcome social and cultural barriers and speak openly about their accomplishments.

“Google cares deeply about gender equity and diversity. Through our collaboration with the Kenya Women Parliamentary Association, we are able to make programs such as #IamRemarkable and Digital Skills for Women contribute to restoring the gender gap in social and economic opportunity,” Ms Gathaiya said during the Gender, Diversity and Inclusion Google/KEWOPA Training workshop.

KEWOPA chairperson, Gathoni Wamuchomba, while addressing the forum virtually, welcomed the training and said: “Violence against women is a serious problem and women leaders disproportionately deal with online toxicity. KEWOPA is collaborating with Google in the use of technology and training to empower women legislators against online violence.”

The tool, Harassment Manager, review tweets based on hashtag, username, keyword or date enabling users to detect toxic and harmful comments and mute or block perpetrators of harassment and hide harassing replies to their own tweets.

According to UN Women, violence against women is a serious problem and women in the public limelight disproportionately deal with online toxicity.

When women and girls have access to the internet, they face online violence more often than men through a continuum of multiple, recurring, and interrelated forms of gender-based threats.

During the 2017 elections in Kenya, female candidates were many times more likely to be the victims of online and offline abuse than their male counterparts.

It has also seen the launch of #HeshimuDada, a campaign calling for peace and non-violence during the election season, particularly politically motivated violence against women.

The training, sponsored by Google, uses art, culture and media to promote positive social transformation and will be facilitated by Siasa Place, an NGO that works on creating an enabling environment for women and youth mainstreaming them into Kenya’s body politics.

The association also launched its YouTube Channel that will be a repository for speeches, parliamentary presentations among other events where women are actively taking part in to champion their causes.