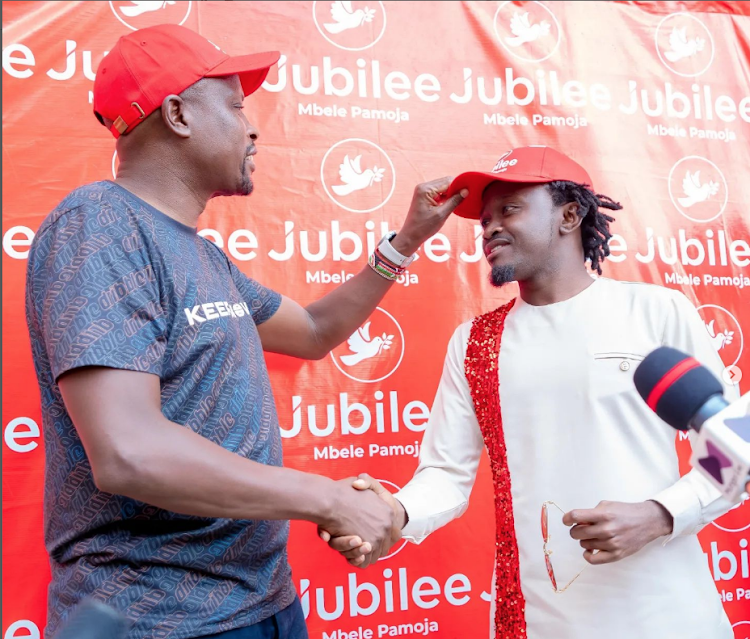 Fans, voters and haters wonder how Bahati got the audacity to run for office without a university degree.

Here is how clause 22 of the Elections Act requires that members of parliament and the members of the county assemblies have degrees.

But the MPs have been fighting to have the clause dropped from the act.

Deputy President William Ruto said, “The Constitution prohibits any unreasonable restrictions being placed on the way of voters or candidates to be able to vie or vote in any elections.”

“To say that MCAs should have the same qualifications as MPs, Governors and even the President is not reasonable, already we have Parliament reconsidering Section 22 in the Elections Act so that we can remove what the law provides today that in my opinion is unreasonable restrictions on candidates that want to be elected,” Ruto added.

The bill which is sponsored by Elgeyo Marakwet Senator Kipchumba Murkomen believes that a leader need is to be able to read and write.

“The purpose of this bill is to amend the Elections Act No.24 of 2011 to enable a person who is able to read and write to be nominated as a candidate for elections as a Member of Parliament,” the draft amendment bill reads in part.

The Elections (Amendment) Bill 2021 is currently before the Senate.

Diana was accused of copying the concept of Kula Cooler show.
Entertainment
2 months ago

Making light of the entire matter, Babu Owino offered his many diploma and degrees to any aspirant, at an exorbitant price of "an arm and a leg".

He posted on his social media, "The introduction of Degree Certificate as a condition to contest for all the positions in 2022 will be a challenge to many, as a result, I’m asking anyone without a degree certificate to buy one of my many Degrees."

He added, "I have 6 Diplomas and 4 Degree certificates at an affordable price. Hurry while the stock lasts. First-class Honors in Actuarial Science will cost you a leg and an arm plus your liver."

Some of the MPs without degrees who are likely to be affected in 2022 by this elections act are;

For singer Bahati most of the qualifications have been met. However, if the law is not amended in time for the 2022 national elections, he will not be eligible to run.

Well, this is what Bahati has done to ensure he is eligible to run for that position as per the constitution.
Politics
2 months ago
WATCH: For the latest videos on Kenya news