• It was eventually put out even though Nairobi County didn't have a fire engine on standby. 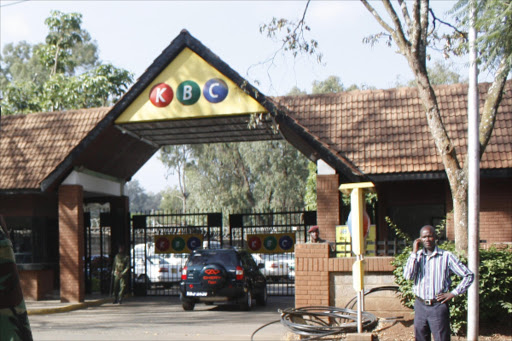 In the early hours of Monday, July 11, a fire broke out inside the Kenya Broadcasting Corporation (KBC) headquarters.

According to reports, the fire started at the school's canteen a few minutes before 6:00 a.m.

In a video clip seen by Mpasho, the entire structure that is attached to the main building containing its broadcasting studios was completely destroyed by the flames.

Despite the delay caused initially by the Nairobi County administration, which reportedly did not have a fire engine on standby, the fire was eventually put out by the police and G4S.

According to Kenyans.co.ke, the fire started shortly before 6 a.m with G4S  and police containing the fire with the staff on duty being evacuated with no injuries noted.

As of yet, it isn't clear what caused the blaze with the extent of damage remaining unknown.

This incident comes barely three weeks after a fire happened at Uhuru Secondary School with a student dying in unclear circumstances.

The incident which happened on June 20th caused the school to be closed indefinitely. The fire burnt down two dormitories in the Sunday night incident.

Police said the student was not affected by the fire and they were yet to establish the cause of the death.

Witnesses and police said the student had come from the field after a basketball game and told his friends that he was not feeling well.

He went to sleep but fell unconscious before he was taken to the school sick bay.

There was no attendant there which forced the administration to take him to a nearby hospital where he was confirmed dead.

Fire experts visited the school to probe into the cause of the fire.

Kwale woman's husband abandoned her after she got severe burns

Her hands, abdomen, legs, and thighs were severely burnt. The legs cannot stretch.
Lifestyle
2 months ago

“I sustained severe burns on my body as I tried to rescue my children and my nephews who were trapped inside the burning house,” stated Maina.
Lifestyle
10 months ago
WATCH: For the latest videos on entertainment stories