• On Thursday, all Form Four students were sent home indefinitely for allegedly refusing to write mock exams and threatening to burn the school 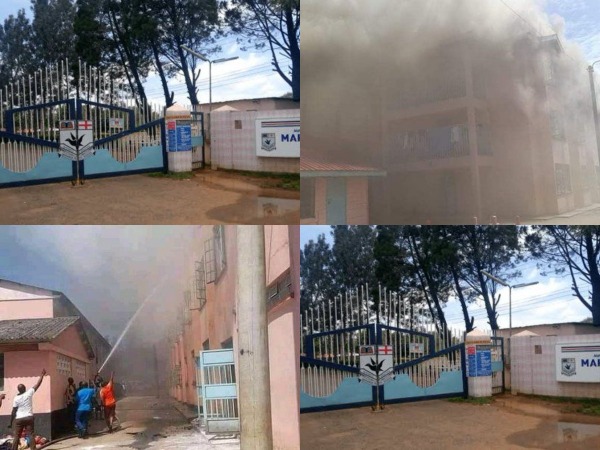 Maranda High School is on fire yet again. The news was confirmed by Bondo Deputy County Commissioner, Richard Karani.

Karani said that the fire began at the Boaz Owino when the police arrived. On Thursday, all Form Four students were sent home indefinitely for allegedly refusing to write mock exams and threatening to burn the school.

The students were sent home following a decision by the school's Board of Management that met at the institution on Wednesday morning.

Siaya County Director of Education Nelson Sifuna confirmed that the internal mock exams, which were supposed to be done on Monday next week, have since been suspended.

Nviiri opens up on Diana Marua becoming a rapper

Nviiri the storyteller was interviewed this week on Mpasho. The 'Pombe Sigara' singer gave his opinion on the recent criticism that Eric Omondi
Exclusives
9 months ago