Eric Omondi explains why he can't have a vasectomy

Eric Omondi is a father of one.

• Vasectomies are mostly applicable among couples who do not want any more kids.

• Eric said getting a vasectomy is like going against the will of God. 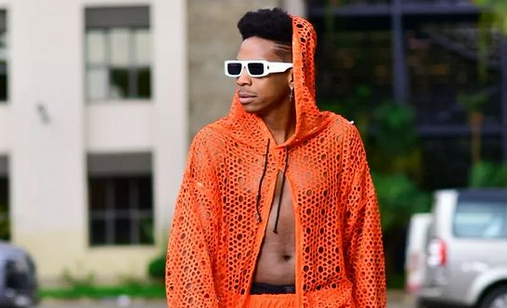 Eric Omondi explains why he can't do a vasectomy
Image: courtesy

Self-proclaimed President of Comedy Eric Omondi has revealed that why would never do a Vasectomy, a surgical procedure for providing a permanent contraceptive solution.

Some Kenyan celebrities have of late been speaking out about contraceptive methods they would prefer with their spouses.

Speaking to Mpasho's Kalondu Musyimi, Eric said getting a vasectomy is like going against the will of God.

"I cannot do vasectomy. They Bible says, Thy shall fill the earth. That is the first order God gave to all men," he said.

Eric Omondi is a father of one child he allegedly fathered with Media personality Jacque Maribe.

A few months ago, he said he wanted to do a DNA to be able to ascertain that indeed that is his child.

He mentioned through the interview that he did not do the DNA and was also barred from speaking about whole issue.

Other Kenyan celebrities who have spoken out about undergoing through Vasectomy include;

In the interview, Media personality Nick Ndeda said he underwent a vasectomy since he doesn’t want kids.

He, however, said that the fact that he does not want children does not mean he does not like them.

"My childhood was dope, I was pampered when I was young because I was the last born," he said.

"I don’t dislike children. I hang out with my nephews, and they are amazing. Sometimes, I go for shoots with kids, being on set with them and it is amazing. I like kids when I can give them to their parents."

Sauti Sol's Bien, although married said he would take up the 'responsibility for contraceptives'.

Bahati's wife Diana Marua after getting pregnant for the third time suggested that her husband should get a vasectomy.

"Bahati should get a vasectomy. That is the only sacrifice he can do for me. I have sacrificed so much for him including carrying three babies for him."

Eric Omondi- "There is a culture of Kenyan celebrities getting broke after a few years and I want to urge them to start saving money."
Exclusives
5 months ago

Eric Omondi has been offending many by cross-dressing. Most assume he is suffering a mental break down.
Exclusives
5 months ago

Eric Omondi's ex Chantal back on Instagram after abuse allegations

Chantal planted a sweet kiss on her darling her friend as in the background we could hear the Dj wish the pal a happy birthday.
Entertainment
5 months ago
WATCH: For the latest videos on entertainment stories

Eric Omondi - I'm not gay, I only cross dress