•Bien wants to be a dad badly and asked for patience

•Bien wants two children as told in a Mpasho interview 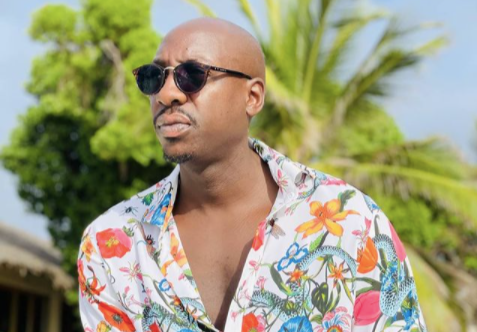 Sauti Sol singer Bien Aime is yet to become a father but is thinking of several things when it does happen.

Speaking in an interview with Rugby player Dennis Ombachi and Doctor Reign, Bien revealed that he will take up the 'responsibility for contraceptives'.

Bien asked Dr Reign to weigh in, "You don't have any say over a woman's body, if she has done her research and says this is  making me feel like this then that s it."

Bien asked the doctor what he can take as a man to ease the process and burden of contraceptives.

"Is there a pill I can take? Can you take us through the process of a vasectomy?"

The doctor gave his opinion but advised that a specialist be consulted.

Rugby player Ombachi has also been trending this week after tossing his son into a pool.

Last class he get to go in with 4 layers of clothing including two diapers, more than doubling his weight in water.

Ombachi delightfully told Bien that fatherhood is a joy.

"Fatherhood has humbled me with a son that happiness you know because of the machismo chest-thumping but with a daughter all of a sudden you are I also feel vulnerable."

Bien agreed that Ombachi is a role model of fatherhood, adding that he can't wait to do it as well.

"I think you make an amazing dad, I think you make it look like something I would want to do. I don't have kids yet but just watching you do fatherhood you look like you are doing it effortlessly you are out here showing us the way it's amazing."

Bien briefly mentions that people think he shoots blanks as the reason he isn't a father yet.

This was after Dr  Reign wondered about his younger days when he was reckless but didn't make any girl pregnant.

Morrison Latiema says the photo was taken aafter he and his friend failed to get a mjengo job.
Entertainment
6 months ago

Netizens unsubscribe from Sol's channel over threats to sue Azimio la Umoja
Entertainment
6 months ago
WATCH: For the latest videos on entertainment stories