Eric Omondi said not everything he says is clout.

• Eric Omondi has launched a new business saying he does not want to die poor.

• Eric explained that most celebrities live at that particular moment. 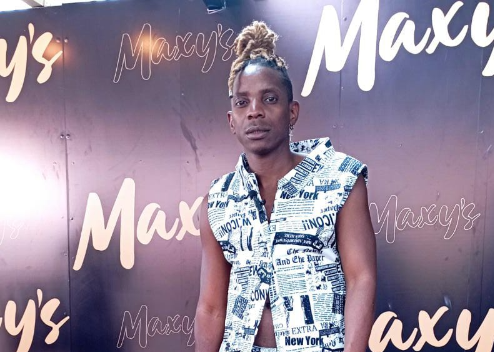 The club dubbed Maxy's club is located along enterprise road . He has partnered with Brandon, the owner of  another city club.

I have partnered with a brother of mine, but I am the one in charge. I support Kenyans so it's their time to support me.

We will import screens and speakers, AC among other things for a full revamp." Said Eric

How much is the club worth?

"The club is worth 18 million. That includes the structures, the kitchen and sound. We are doing a 4.5 million upgrade.

The furniture is worth 3.8 million. Disco lighting is worth 3.7 million. The open kitchen is worth 4.9 million.

The Branding is worth  3.2 million while the advertising will cost 5 million."

Eric said he will be hosting different artistes every Tuesday for a talent night at the club adding that he will not give up trying.

"This is not clout, you will see it for the rest of my life and I will even expand the business in other places like Mombasa and other places. I tried a taxi business but it failed. I also opened a record label and it failed because working with other artistes is hard."

The comedians says the reason most celebrities end up begging is because they do not invest their money when they are at the top of their careers.

According to Eric, he has mastered the art of saving small since he does not want to end up broke when he will not be in the industry.

Eric was speaking at the launch of his new club in town identified as Maxy's.

"There is a culture of celebrities getting broke after a few years. There are some who end up in the rehabs and others asking for money," he said.

"The question most people ask is how I have managed to be in the industry for the last 14 years. I want to kill that culture of becoming a hit, then you are finished and you start begging and that is why we are here to launch this business."

Eric explained that most celebrities live at that particular moment.

"I will say it here that most artistes do not invest save their money. They live in the moments when their star is shining and the spotlight on them and they forget to save."

He then asked his fans to support his new business.

"I am the big brothers to some of these artistes. Make sure you save your money. God has blessed you with that talent and fame. We finish that culture of artistes begging in their sunset days."

The boy apparently never woke up after being fed on milk.
Lifestyle
5 months ago

'Contract Iliexpire,' Prezzo on separating with his wife

Prezzo revealed that he spent 4.6 million on his wedding.
Entertainment
5 months ago

Emmy Kosgei first met her 64-year-old Nigerian husband at conference in Kenya.
Entertainment
5 months ago
WATCH: For the latest videos on entertainment stories