• Drill music has crossed over to Kenya where a group of young ‘boyz’ are taking the Kenyan scene by storm.

• They have their own label called the Buruklyn Boyz Record where they plan to sign artists and probably have a Buruklyn girl group signed too. 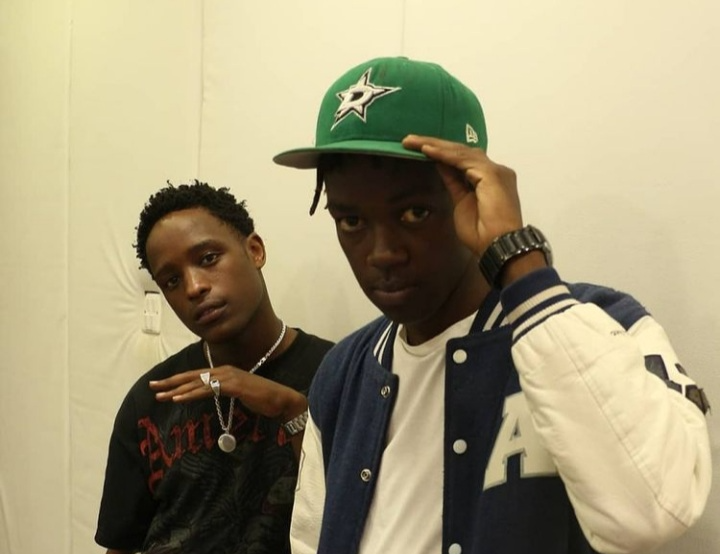 The Kenyan music industry has come so far from listening to Genge in the early 2000s to Gengetone.

There has been a great transition in the industry and as time goes by more music is introduced to our musical paletes.

Drill music is a popular genre that originated from Chicago streets that later grew so much that the UK scene adapted and it went global.

Drill music has crossed over to Kenya where a group of young ‘boyz’ is taking the Kenyan scene by storm.

Buruklyn Boyz a group that consists of two renowned artists have been making waves and Kenyans are loving them.

Big Boy Uno and Mr. right have been rapping for some years and finally, their hard work is paying off.

Speaking to Mpasho, Big Boy Uno says that he appreciates the love that they get from Kenyans especially it being a different type of genre.

“Kenyans are just amazing people, they have received our music positively and we cherish them.” He said.

Buruklyn Boyz released an album ‘East Mpaka London’ on May 20, 2022 that received a massive reaction from Kenyans. 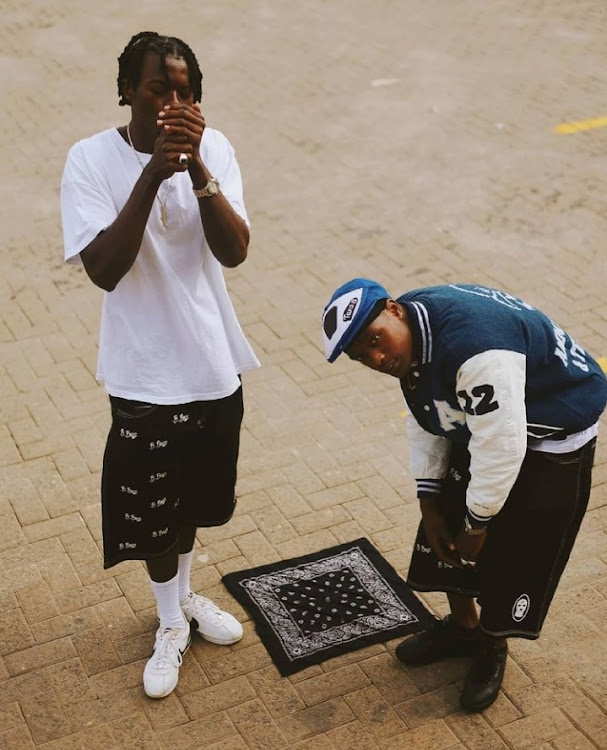 When they put out their album they had the intention to be flexible with their music just to give their audience something different.

This is after critiques stated that their music sounded the same.

“Whoever listened to our album would agree that the tracks are versatile. On the first track, the intro, that’s a different sound from what we do. Additionally, this is our first album so Kenyans should also give us a chance and see we have more to offer,” they insisted.

The music they create is what they go through in their day-to-day lives. They said that their music is inspired by the life they live and the people surrounding them.

“The music we put out is what we go through or have experienced, we do not do it for any clout whatsoever. When our fans listen to our music they relate and also have fun with it.”

The duo is determined to take over the Kenyan industry with or without the help of a record label.

They have their label called the Buruklyn Boyz Record where they plan to sign artists and probably have a Buruklyn girl group signed too.

The music industry can be quite conniving and no one is safe from it.

“The industry has no loyal friends, whenever you work with someone you’d think you’ve made strong bonds only to find out that was not it. We have worked with people who have done some unspeakable things to us,” They lamented.

They have worked with different promoters for their events who don’t seem to always keep their word.

“When we started as fresh rappers we got played some times. Promoters would not fulfill their end of the bargain. Things have changed now we no longer get finessed we charge only Ksh 250 per show.”

However, the loyalty they have from their friends who are also members of the Buruklyn Boyz is outstanding. They have a movement where members are not in the public eye.

“When we perform we have a group of people on stage with us that is part of Hip Hop and also those are our people. Them being behind us and hyping the crowd shows that they have our backs and they are looking out for us,” they stated ecstatically.

The duo has some manifesting to do as they would like to collaborate with international drill artists.

“Some of the artists that we can work with in the future are Digga D, Russ millions, and others that I can’t mention it's a list.”They stressed.

The pair intend to have a show in London where fans are eager to have them on.

“The only difficulty is getting our visas, when all that is settled we will perform for our international fans.”

'My relationship with Noti Flow was not peaceful,' Mustapha opens up

He is a good rapper-Khaligraph admits about Octopizzo