• Noti Flow complained about earnings from the collaboration with Ochunglo family’s Benzema. The rapper responded to Noti Flow 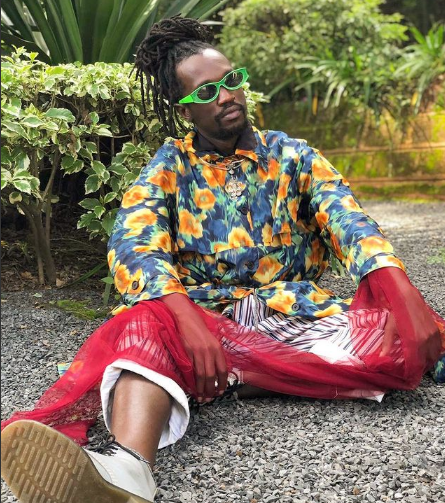 When Nolti Flow and Benzema dropped their collaboration 'Foto Mot' in 2020, it received raving reviews. It has 4 million views.

But this was a façade until we learned of their behind-the-scenes drama.

Noti Flow gave up on her music career in 2020 shortly after she dropped club banger ‘Foto Moto’ with Benzema of the Ochungulo Family. Even though the song was a big success, she didn’t earn even a single coin from it.

“Music wasn’t giving me money, you know I don’t have management. All these managers would approach me and some of them just want me and not really like music or were business-oriented. I decided to take a break, just work on myself, save up you know. Music is like just passion now, it’s not like a job coz it doesn’t being in any money,” said Noti Flow.

That drama has once again come to the fore on Eve Mungai's YouTube channel where Benzema responded to Noti Flow bout not earning from the banger.

Benzema was on June 23, asked if the two musicians talk

Why don't they talk anymore?

"We do not talk anymore that was a one-time thing, like a one-night stand,"

"I don't know whether she gets money from that song, me I do up to today, actually till to date that my highest paying gig."

Why won't they talk about the money from this song?

"I don't know if I should tell you the truth or not," Benzema added

"We haven't talked, it was a one-off. We did our things and things blew up. We no longer talk.

I don't know if she says she never got paid, ask her, when we uploaded the ngoma she said it's not a must-amake doh.

Before we released the song, she told me hiyo ngoma si lazim yeye aichukuwe atengeneze doh. So I took the song and uploaded it on my digital streams, so mimi niko kwa makosa ama yeye? and again till to date, I make money off of it, so ni yeye ajue mambo yake."

Alejandro also said he is a famous 'fisi' based on his body count at 3k.

"It is now at 3,150. I remember because I put sticky notes kwa room, that's how I know my body count. That was then I was clout chasing mimi ni wa God, niko na mtu."

Meanwhile, Ochungulo family will release new music and promise it won't be as salacious.

"We have taken a lot of time after corona had a lot of time on our hands. We used this time to compile the songs. We have had a problem deciding which song to release. The album name is Tamasha,  Yani it means good vibes."

Ochungulo says fans should not expect any collabos

"No collabos this time it's the three of us. We didn't want a collabo, si uchoyo. We don't normally do collabos coz kuna venye  si huunda mziki iko different na wengine. Hatuelewani. We just have a different vibe from others and it's hard to get that from others. They won't get it. It's just our vibe."

Their album will have  7 songs.

"This time around everything is different, watu wamesema genegetone ni chafu but not this time, tumetake alot of morals on that."

Noti Flow broke up with King Alami after finding out she is an escort.
Entertainment
2 weeks ago

Winnie Odinga- "E-Sir got best student awards and not just in music or whatever, like best in Maths, best in Sciences. He was a genius."
Entertainment
1 week ago
WATCH: For the latest videos on entertainment stories