• Peter said he believes every time one encounters God's favor such things are always bound to happen.

• The former Sailors gang member says the alleged baby mamas wanted to ride on his fame. 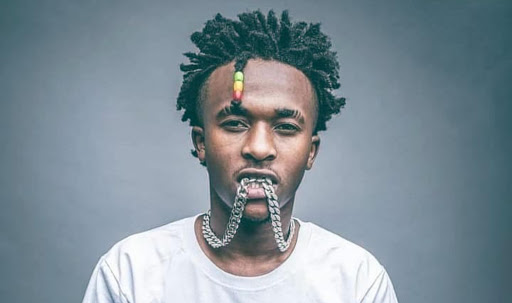 In the last couple of weeks, former Gengetone artist, Peter Miracle Baby was the talk of the town after two of his alleged baby mamas came out to accuse him of neglecting his responsibilities.

Speaking to Mungai Eve, the former Sailors gang musician finally addressed the allegations where he said the two women were using his name to clout chase.

"All those stories are lies and they came from people who were looking to make a name for themselves. I hope that now that they've gotten that name/fame they will at least calm down because I don't have an issue," said Miracle Baby.

Asked why every woman who associates themselves with him uses the love card, Peter said he believes every time one encounters God's favour such things are always bound to happen.

He says the reason why he has never come out to publicly defend himself is that he will end up looking bad in the public eye. He added that he had left that responsibility to his lover, Carol Katrue.

"Also because I have Carol here, she is their medicine and it is her job to handle them," he said.

Asked about his thoughts on the notion that his lover Carol is controlling, the singer said that that didn't concern him as long as all his affairs were in order.

Peter and his lover have been facing a lot of criticism online but why hasn't he come out to defend himself or his lover?

"I've been using prayers to deal with them as well as by not addressing them because you cannot judge a quiet person."

Peter has since transitioned from Gengetone to Mugithi and he says it shows how far he has grown as a person and a musician.

He revealed that Mugithi pays way better than Gengetone and he doesn't see himself going back to doing Gengetone music.

Peter Miracle Baby is currently at home recuperating at home.
Entertainment
1 month ago

Ailing Miracle Baby was taken to hospital while unconsious