•Zari said her current lover, Shakib, is ready to meet her parents to ask for her hand in marriage. 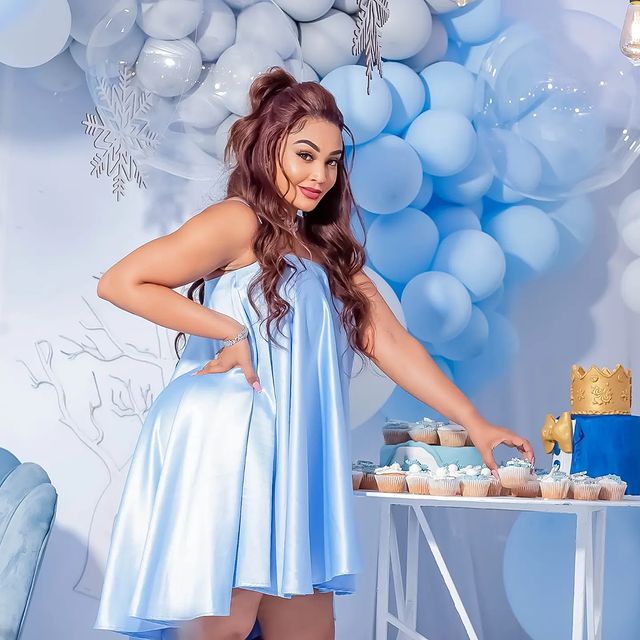 To celebrate her birthday, Zari and her Ben 10 boyfriend Shakib have shared romantic feelings about each other.

In one video shared on TikTok, the lovebirds shared an adult conversation.

Zari tells bae he looks like a whole buffet and looks handsome. Shakib responds with some romantic vibes that he has changed for the better because of her.

She goes on to tell her man that she is hungry and wants to eat;"Hmm--hmm-hmm... Love you, you look so good."

In another video, Shakib plays Zari a song that he tells her to listen to the lyrics. "baby, so I don't wanna explain this to you because it's a bit nasty."

On September 20th, Zari The Bosslady's toy boy Shakib Lutaaya asked her to introduce him to her parents so that he can officially marry her in an Islamic ceremony known as Nikkah

Through a video clip shared on their social media accounts, Zari admitted that her bae Shakib wants to formalize their relationship.

The businesswoman made it known that Shakib is an adult, who simply takes care of himself to look good and young.

Zari sarcastically told the interwebs that her relationship stands on firm ground.

"Those who said it will end in premium tears, go for your refund, the witchcraft didn't work," the Ugandan businesswoman told her critics.

The mother of five age shamed back in July after she flew to Uganda for the opening of a popular club.

While at the launch of B-Club at Garden City in Kampala, Zari confirmed that they were planning to get married and have kids together.

Zari has five children from her previous two marriages.

With the late Ivan Ssemwanga, whom she divorced in 2013, she sired Pinto Semwanga, George Semwanga and Dido Semwanga. The other two children are with Tanzanian singer Diamond Platnumz.

Zari credits her young lover for her glow

Zari has poked fun at detractors and revels in the calmness that has caused her to put on weight, which she credits to her romance with Lutaaya.
Entertainment
2 weeks ago

South Africa based-Ugandan Businesswoman Zari Hassan is again fighting off trolls poking holes in her relationship with Shakib Lutaaya.
Entertainment
3 weeks ago
WATCH: For the latest videos on entertainment stories

Why Zuchu chose Diamond over Rayvanny