Zuchu shares cryptic post over why she chose Diamond over Rayvanny

Rayvanny recently confessed he wanted to fight Diamond over Zuchu 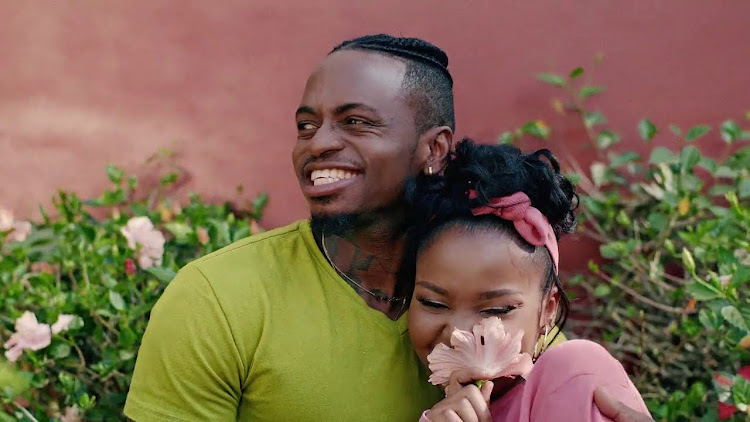 Zuhura Othman Soud, better known by her stage name Zuchu has some interesting thoughts on relationships she has been sharing online.

She is now talking about why trusting God when a relationship ends.

Rayvanny on the 19th confessed that he originally wanted to date Zuchu but their then boss Diamond Platnumz was also involved.

The 'I Miss You' hit maker confessed his feelings for the Sukari hit maker while performing at Fiesta 2022 festival held in Sumbawanga, Tanzania on Saturday night September 17.

During the concert, Vanny boy while performing his song 'Naogopa', Rayvanny added several lines that sounded like a confessional message.

The Next Level Music records boss admitted that he wanted to fight his former boss Diamond Platnumz for Zuchu's love. The reality though could not happen, according to Rayvanny.

Vanny Boy also revealed that he wanted to hit on Bongo songbird Nandy but Billnass had already proposed to her.

Now Zuchu has taken to her Instagram to talk about why God removes certain people from your life.

"Hakuna kitu mungu anajibu haraka kama 'God if this man isn't for me remove him from my life. ' Yaan ni sshwaa shjwaa"

Here are three signs you should trust that God is telling you to let go of a relationship:

1. You have that ka feeling - When God tells you to let go of someone, he will show you very subtle signs in the beginning. Mostly trust your gut feeling and intuition.

2. He disregards your boundaries Boundaries are very important in a relationship. They protect your well-being and serve as a measuring tool for respect.

3. You don’t enjoy your time together.

Zuchu over the moon as she joins the ‘millionaires club’

The Sukari hitmaker is in a celebratory mood after clocking 5 million followers on the photo and video sharing platform.
Entertainment
1 week ago

Tanzanian songstress Zuchu has warned that she doesn't want to be compared to her fellow female artistes in the music industry.
Entertainment
1 week ago
WATCH: For the latest videos on entertainment stories