• The couple announced the pregnancy news in May.

• Raburu proposed on July 6th during their son's birthday. 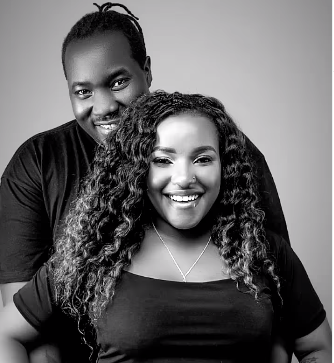 Citizen Tv's Willis Raburu has taken his fiancée Ivy Name for a short baecation ahead of the arrival of their second child.

Raburu teased fans about his cute plans asking them to guess where he had taken his bae?

In a video on his Instagram, Raburu gushes over heavily expectant Ivy. Later he revealed they are headed to the coast for a babymoon for their second child.

Their cute moments involved taking videos and pictures at the beach with the cute couple waking up early to catch the sunrise.

Raburu captioned one photo of Ivy walking writing, "We like long morning walks by the beach" he captioned as she rubbed her belly." Adding, "I wanna be the reason make you smile."

The two lover birds made their pregnancy announcement on May 26, 2022 stating that their family was expanding and they were happy about it.

“We did it again! One More to adore! #Bazu #Mazu #BabyBazu +1,” read a joint announcement from Willis Raburu and Ivy Namu.

In a question-and-answer session, Namu confessed that they didn't plan for baby number two.

“Did you plan for the second pregnancy?” The curious fan asked. “Honestly, nope but still happy about it, albeit shocked,” Namu responded.

The Raburus' have another child - a boy. Raburu proposed to Ivy early July during their son's birthday.

Willis made her day when he surprised Namu with a marriage  proposal during baby birthday festivities.

He shared the beautiful moment on his Instagram where his delighted fans congratulated them.

Sol Generation signee’s Nviiri the Storyteller and Bensoul were also present at the event and they serenaded Ivy who was super happy her husband went the extra mile to make the proposal special.

'I love you beyond words...,' Ivy Namu celebrates son's birthday

Carrying your kids has been magical-Ivy Namu tells Willis Raburu

Ivy Namu dished out all the pleasantries for her partner Willis Raburu on Father's Day
Entertainment
1 month ago
WATCH: For the latest videos on entertainment stories