'I love you beyond words...,' Ivy Namu celebrates son's birthday

Ivy Namu promised her son Mali the son and the moon

• Ivy Namu said yes to the love of her life and shared a photo of her ring finger cradling the beautiful jewelry that Willis had put on her.

• Namu and Raburu celebrated their son's birthday in a colouful event that saw the media personality engage his baby mama. 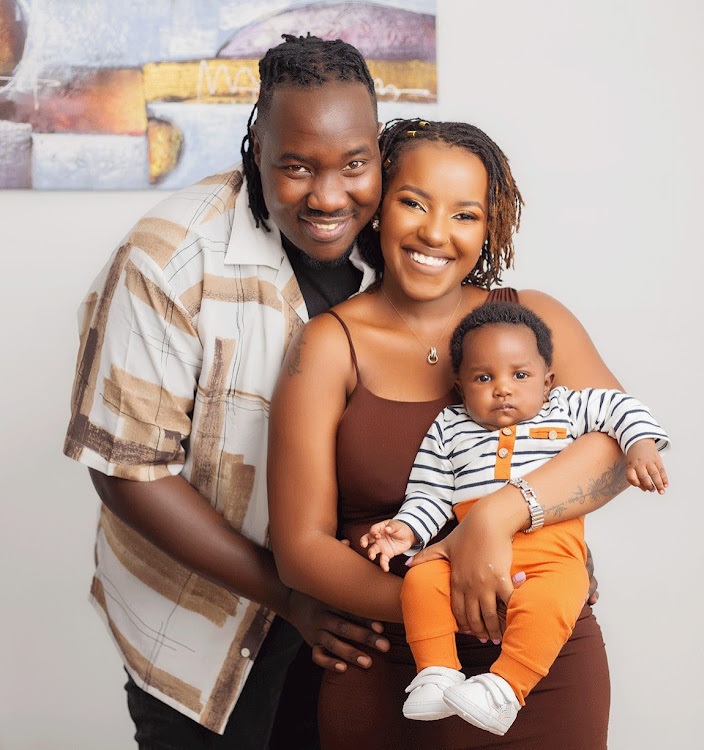 The couple celebrated their son's birthday in a colourful event that saw the media personality engage his baby mama.

"I am so proud of being your mummy and I love you beyond words, my boy," she wrote.

"You changed my life in the best of ways and I’m eternally grateful to have you as my son. Your cute smiles and giggles melt my heart and I’ll never quite get used to looking into your beautiful eyes; you have my heart little one."

Namu promised to give her son the best life.

"May God continue to keep you happy and healthy, may He bless you abundantly my cutie pie, and always show you favour and guide your path."

Namu and Raburu are expecting their second child together.

The veteran media personality assembled his friends and after singing a birthday song for their son Mali, Raburu went down on his knee and proposed to the mother of his child yesterday.

Ivy said yes to the love of her life and shared a photo of her ring finger cradling the beautiful jewelry that Willis had put on her.

Her simple caption read,  "A thousand times yes, in this lifetime & the next."

In a past Q and A session on her Instagram, a fan asked her how she knew Raburu was the right man for her.

Namu said Raburu was compassionate, honest, and a principled man.

"I feel safe and secure around him and never had to ask about what he's feeling and plan with me are coz he's always been so open about it," she said.

"Also, I never had to change, hide, or fake anything about myself (good or bad) around him. I can always be 100% me and that makes me feel free."

She was also asked if their son had made their love grow stronger to which she said, "Since we both wanted him also, it's been great watching each other evolve in the parenting thing, plus we've gotten better at communicating and attending each other's needs."

Raburu excited as son hangs out with his grandpa

Citizen TV host Willis Raburu is having the time of his life at his native home in Kisumu. Raburu couldn't hide his excitement as his dad bonded with ...
Entertainment
10 months ago

Namu could not hide her joy of moptherhood, saying her son makes her life beautiful.
Entertainment
10 months ago

Weeks after welcoming their newborn, Willis Raburu's baby Mama Ivy Namu says it's the best gift they have received as a couple.
Lifestyle
1 year ago

'My heart aches for you and your husband,' Mukami pens touching letter to Raburu and wife Marya