• The comedian witnessed a stomach-churning event at a place where he had gone to eat meat.

• He noted that he had seen a terrible case of work place abuse. 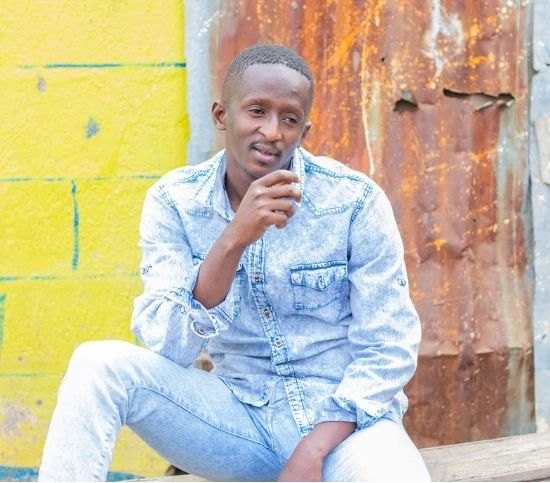 Comedian Njugush is one of the most socially conscious entertainers in Kenya, something that he reaffirmed yesterday.

The father of one recounted a horrible incident of a toxic workplace he personally witnessed at a spot along Kamakis where he had gone to eat nyama choma.

In his Facebook post, Njugush started off by saying how the incident had begun when a short round man(who turned out to be the manager) hit his subordinate because of what turned out to be a late order.

The former Housewives of Kawangare actor said that he thought it might be some rough-housing between the two but that wasn't to be.

"For a moment I think they are playing. He pulls the guy behind a door written "Staff only" makofi zinalia, at this point it's serious. He doesn't think anyone is seeing what he is doing."

Njugush added that after physical abuse, the manager came back threatening the rest of the staff telling them that he would replace them all.

"So the young guy anajinasua and comes in the light. Clear fingerprints on his cheek......the round guy now has come around threatening the rest, 'I'll replace all of you', breathing all over."

The comic said that the incident stunned him as he saw all the employees cower in fear at the termination threat.

But that wasn't the worst part of the outing for Njugush. It turned out that the man young man who was slapped was also fired!

"That's what I can see from the outside, maybe I'm judging too much... But God knows what guys are going through to put food on the table," he said sadly.

He concluded his post by encouraging Kenyans that employers who mistreat their subordinates would also get their just rewards.

In response to his post, some Kenyans asked Njugush to anika the place, while others asked him to trace the fired employee and help him.

Others said that they would boycott the establishment after the comedian's post.

Njugush nearly cancelled TTNT 3 because he was losing his voice

Celestine Ndinda opens up on their struggles to conceive

"Tugi would pray and tell God to put a baby in his stomach since he thought we did not want the baby to be in our stomach. He is so excited about ...
Entertainment
3 months ago
WATCH: For the latest videos on entertainment stories

Phil Karanja on what he adores about Kate Actress

Mammito and Njugush' parody of Gachagua