Phil Karanja reveals what he really adores about Kate Actress

Philip Karanja reveals the one thing he loves about Kate actress

• Celebrated filmmaker, Philip Karanja has revealed the one thing he loves about his wife, Kate Actress.

• Speaking in an interview with SPMbuzz, Phil said he adores his wife's self confidence. He says his wife is a courageous woman who wouldn't let anything prevent her from doing anything. 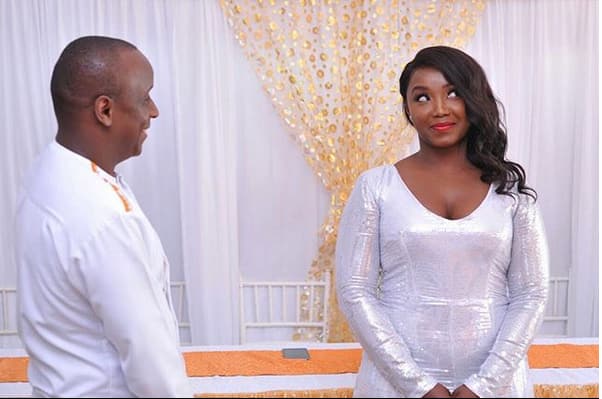 Celebrated filmmaker, Philip Karanja has revealed the one thing he loves about his wife, Kate Actress.

Speaking in an interview with SPMbuzz, Phil said he adores his wife's self confidence. He says his wife is a courageous woman who wouldn't let anything prevent her from doing anything.

"Her self confidence," Phil said when asked about the most impressive thing he loves about Kate Actress.

Adding, "I think that's the one thing I've really learnt. For her ,when she has an idea she jumps and goes to do what she wants and to be very honest that's something I've heard to teach myself. And it has really helped that I have been close to her, watching how she moves. That's the one thing that really impresses me about her like her self confidence is really on another level."

Phil confessed that his wife really changed him saying that he had self esteem issues growing up.

He went on to mention Abel and Njugush as people within his circle whose self confidence is over the roof.

Speaking on his relationship with Abel Mutua, the father of two revealed that they fight like any other friends but their fights revolve around their work.

He says when it comes to personalities they are almost very similar.

Before Phil got married, his friend Abel Mutua was already married to Judy Nyawira and he says the latter had no issue with him and their working relationships.

How is it being a girl dad?

"Getting a daughter has made me soft I don't know why. Whether is my daughter or our son, something I've learnt is that children are never taught. They say values are never taught they are caught, they look at you and what you do everyday and follow that path. "

Phil says he loves working out and has since noted that his son has started working out even without him asking to.

He says his hope is that when she grows older and starts interacting with the world she will know what a good man should be.

Click Click Bang movie revolves around Kev, a super talented footballer and orphan with a sick sister to take care of.
Entertainment
2 weeks ago

Kate Actress hosted me after my marriage failed - Olive

Phil Karanja: My dad's death was a blessing in disguise