•The news has left tongues wagging as it has thrown the entire world in shock.

•The HIV-positive boy had tried to elope with his lover a couple of times in the past. 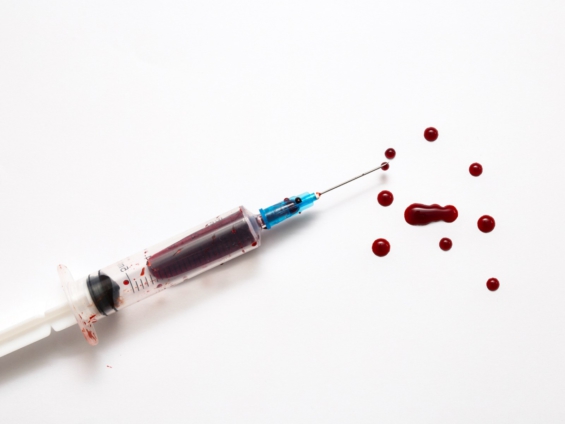 A 15-year-old girl has come up with a bizarre way of proving her love to her HIV-positive boyfriend by injecting herself with his blood.

The girl is said to have injected herself with her boyfriend’s blood, with a hundred percent knowledge of his HIV status.

The news which broke last week has left tongues wagging as it has thrown the entire world in shock.The teenager hails from Suwal Kuchchi, a village in Assam, in the country of India.

According to reports the couple met on Facebook and had been together for about three and a half years before the peculiar incident took place.

The HIV-positive boy had tried to elope with his lover a couple of times in the past, but the girl’s parents had tracked them down and brought her back home.

This time round, instead of running away with her lover, the 15-year-old found a way of proving her love for him.

It is said that love has no boundaries and we have heard crazy things that people do for love but this one had to be for the books.

The news which has been making rounds on the internet reports that the minor allegedly used a syringe to inject herself with the lovers HIV-infected blood.

In her right mind the girl knew the risks she was exposing herself to although it’s unclear if the boy was aware of her intentions.People are still having a hard time to digest the bizarre deed.

The girl's family took legal action by filing a complaint against the boyfriend after they found out what had transpired where the police went ahead to detain him.

Meanwhile, the victim is currently being monitored by doctors.There is currently no cure for HIV or AIDS, but there are treatments and medications that help facilitate the situation.

"My curiosity was so much I opened it up then that's when I discovered my dad was HIV positive and my mum is but our last born is not." - Nyce Wanjeri
Entertainment
8 months ago

The Department of Health and Human Services said last week that it has ordered more than five million more doses, to be delivered until next May.
Entertainment
6 months ago
WATCH: For the latest videos on entertainment stories