• The long-acting formulation was designed by Kenyan scientist Prof Benson Edagwa, who works at the University of Nebraska Medical Centre.

• “Significant plasma drug levels are recorded up to a year following injection,” the article says. “All attempts to reproduce the experimental findings were successful.” 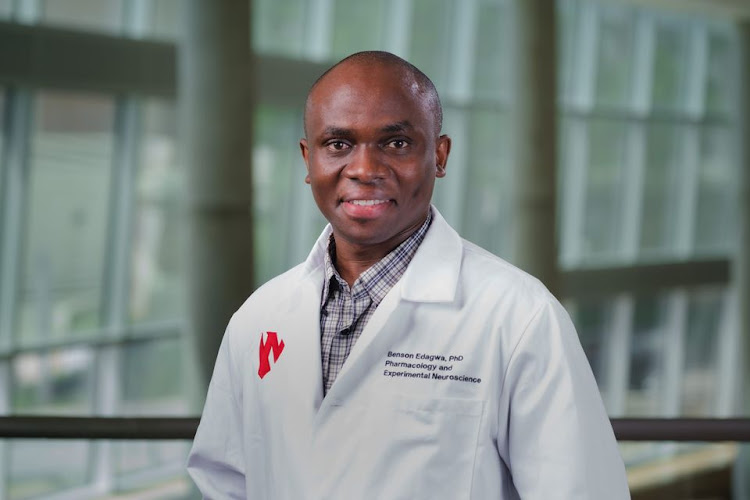 An injectable ARV given once a year could be tested in people next year, following the publication of evidence that it works robustly in rodents and non-human primates.

The long-acting formulation was designed by Kenyan scientist Professor Benson Edagwa, who works at the University of Nebraska Medical Centre (UNMC), the university said in a statement.

Prof Edagwa created a prodrug version of the popular drug Dolutegravir, taken by most people living with HIV in Kenya.

A prodrug is a drug formulation that is inactive when you take it or when it's injected but becomes active when it interacts with body chemicals.

Read more: All about the new magical ring that will help women prevent HIV infections

The new prodrug is injected into a muscle, where it remains inactive and harmless, and from where it is released slowly into the body.

"It is the ultra-long extended duration of action of this new investigative UNMC prodrug (XVIR-120) that is the game-changer," he said in a statement from UNMC.

The formulation completely suppresses HIV the way ARV pills do. It can also prevent infection in HIV-negative people.

Edagwa and two colleagues at the university have also co-founded a company expected to partner with industry players to bring long-acting drugs into the market.

Research findings detailing the success of the long-acting ARV were published on Thursday in Nature Communications in an article titled "Transformation of dolutegravir into an ultra-long-acting parenteral prodrug formulation."

The studies in rats and monkeys demonstrated that injections were well tolerated and supported ultra-long-acting dosing intervals.

“Significant plasma drug levels are recorded up to a year following injection,” the article says. “All attempts to reproduce the experimental findings were successful.”

It takes 10-15 years to complete all three phases of human clinical trials before a new drug is licensed.

However, the new formulation could take a shorter time because it is a formulation of a drug already on the market.

"Dolutegravir is an important medicine for HIV-positive patients, with over 17 million people worldwide on daily oral therapy today,"  Gendelman said.

"We are looking forward to leveraging the existing safety and efficacy database for this compound and swiftly bringing forward our proprietary ultra-long-acting prodrug formulation."

Other members of the team are Brady Sillman, an instructor, and Suyash Deodhar, a senior graduate student, who performed the laboratory and animal experiments and analysed the data.

Others are Dr Siddappa Byrareddy, an expert in host-virus dynamics, drug testing and toxicology and Sean Avedissian, and Anthony Podany.

They hope to bring the new formulation to the market by partnering with industry – including their own company, Exavir Therapeutics, the spinoff co-founded by Gendelman, Edagwa, and Alborz Yazi, the company president.

Currently, the only licensed long-acting ARV is known as Cabenuva (injectable cabotegravir plus rilpivirine) given as an injection once every two months.

"My curiosity was so much I opened it up then that's when I discovered my dad was HIV positive and my mum is but our last born is not." - Nyce Wanjeri
Entertainment
3 weeks ago

'Stop being a lover in denial,' HIV/AIDS activist Doreen Moraa

Doreen Moraa once disclosed that her boyfriend left her on their first date just after she told him about her status.
Entertainment
2 months ago
WATCH: For the latest videos on entertainment stories