Monkeypox is not about sexuality

The more recent monkeypox cases did not have travel links to countries where the disease is endemic, which raises the possibility that the disease may have been silently spreading in the population for some time before it was detected 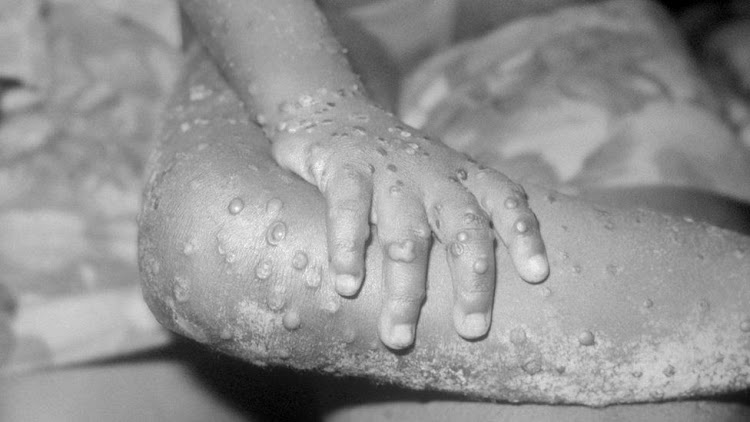 The first case of monkeypox in the current outbreak was reported to the World Health Organization (WHO) on May 7th.

The person in question had recently returned to the UK from Nigeria, where they are believed to have contracted the infection.

Since then, further cases have been reported in over a dozen countries where the disease is not normally present, including several European countries, Israel, the US and Canada, as well as Australia.

It has attracted a morbid interest from the public and media. Strange new infectious diseases that the public is unfamiliar with, such as monkeypox, can generate a disproportionate degree of fear in the population.

In part, this is due to its “exotic” nature, the fear of contagion, and the perception that it is spreading quickly and invisibly in the population.

This “germ panic” is further heightened by the off-putting visible disfigurements caused by the infection, even if only temporarily.

In addition, the public health measures required, such as isolation procedures, healthcare workers suited up in personal protective equipment, and rigorous investigations and contact tracing, are all reminiscent of interventions an authoritarian police-state might use for some crime.

Misleading information in the media, and especially social media, could further fuel public anxiety, as was the case with Ebola in 2014.

The more recent monkeypox cases did not have travel links to countries where the disease is endemic, which raises the possibility that the disease may have been silently spreading in the population for some time before it was detected.

Many cases, but not all, that were recently reported were in gay, bisexual and other men who have sex with men.

This is unfortunate as there is a real danger here of further stigma being generated towards this group.

They have suffered tremendously over the years with the stigma attached to infectious disease, most notably with the HIV/Aids pandemic, and there is still a strong undercurrent of homophobia even in countries with strong LGBTQ+ rights.

This is despite a lot of effort by the LGBTQ+ community, public education programmes and equal rights legislation to tackle stigmatisation.

There are lessons we need to learn from the HIV/Aids pandemic. Some of the stigma was driven by deeply held religious and cultural beliefs in society that unfairly equated their sexuality with notions of immorality and negative stereotypes of promiscuity.

Gay and bisexual men were blamed as the source and cause of HIV spread, even though it was also spread through other routes such as heterosexual sex, from mother to child, needle-stick injuries and contaminated blood products.

The situation was worse for men from an ethnic minority background, where racial prejudices and stereotypes added to the stigma.

This, in turn, had serious consequences for the people affected, especially on their mental and emotional wellbeing. It affected their social and sexual relationships, leading to rejection by their partners and social isolation.

It resulted in some changing their health behaviour and led to delays in seeking healthcare. It meant some were not prepared to disclose who their contacts were – this would hinder outbreak investigations and control efforts by public health teams trying to track down the disease and stop its spread.

So how should we tackle this outbreak? First, public health initiatives, such as clear, timely and transparent public education about the disease, can help allay public fears.

Increased public access to reliable health information sources would also help. But we need to get the message out there about monkeypox sensitively, without stoking fear and mistrust and inadvertently alienating men who have sex with men.

We need to help the public put the risk of this disease in perspective – it is usually a mild, self-limiting illness that usually goes away on its own within a few weeks, and it does not spread that easily.

We need to reassure the public that this is not a new disease – scientists have studied it for years and have a good understanding of how it spreads and its health consequences.

We can also reassure those who have been exposed that there is an effective vaccine against it.

We need to get across the message that monkeypox is not a disease of men who have sex with men. It is not about sexuality: people tend to be infected through close physical contact and it does not have to be sexual in nature.

Infected people will tend to infect people they have close contact with, which is why the risk of spread is high in affected households.

So while a high proportion of cases have so far occurred among men who have sex with men, in part this reflects their social networks.

It could just as easily have been an outbreak in a heterosexual friendship network, a group of sportspeople, or occupational group, or other social groups. Would it have carried as much risk of stigma then?

Another danger of mis-portrayal of the monkeypox outbreak as a phenomenon that only affects men who have sex with men is that others who are at risk – for example, household members – may not realise this and fail to protect themselves.

We also need to alert and inform travellers about endemic areas in the west and central Africa as they may not realise there is a risk there.

Our best chance of snuffing out this outbreak quickly is through early detection and quarantining people who are infected and protecting their close contacts through vaccination, to break the chains of transmission. As we know all too well from our experience with HIV, stigma won’t help.

Andrew Lee is a Professor of Public Health, University of Sheffield

• The PS is in Kisii for the Tobacco Farm function courtesy of the World Health Organisation. • Mochache said tobacco still remains the primary cause ...
Lifestyle
1 month ago

80 cases of Monkeypox confirmed in 12 countries

Monkeypox Infections have been confirmed in nine European countries, as well as the US, Canada and Australia
Lifestyle
1 month ago
WATCH: For the latest videos on entertainment stories