Lugari sheikh and pastor on trial for gang rape

• Victim testified in Eldoret in the trial of a pastor and a sheikh who allegedly broke into her house. gang-raped her as children watched.

• The offence was allegedly committed on August 2 and 3, 2019, jointly with others not before the court. 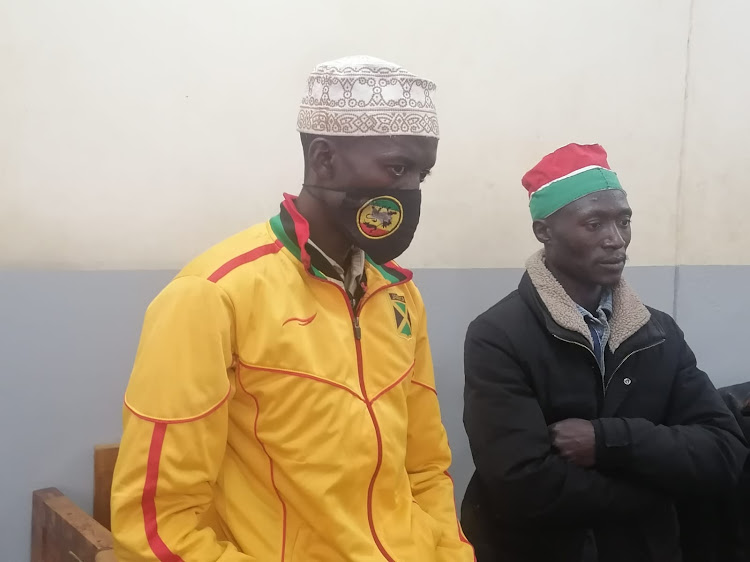 A pastor and a sheikh are on trial in Eldoret for allegedly gang-raping a woman in Kakamega three years ago.

This was shile her two children, aged two and five, watched in shock.

The emotional woman on Monday narrated how a gang broke into her house on the night of August 2-3, 2019, in Lugari, Kakamega, and gang-raped her for several hours.

“It was so horrifying, I couldn’t believe what was happening to me that night," she said.

“My children could not help.Those who raided by house were so violent and did no want to hear my cries for mercy," she said.

On trial are Pastor Danson Malea and Sheikh Stephen Barasa and others not before the court.

The attackers stole Sh700 cash and a Techno mobile phone, which was recovered from one of the accused. They were arrested in Lugari.

They pleaded not guilty and are out Sh500,000 bond each, with a surety of the same amount. They face charges of rape, assault, committing an indecent act and theft.

The woman said she was treated at Moi Teaching and Referral Hospital in Eldoret.

The case was first mentioned in August 2019 when the accused denied the charges and were released.

The remaining witnesses include the arresting police officer, the investigating officer and a doctor from MTRH who will testify on July 25.

The Maseno businessman was accused of allegedly defiling his class eight daughter aged 14 years on various dates in December 2020, and in June this ...
Crime
2 months ago

System ya majambazi: Assistant Chief in court for allegedly defiling and impregnating a class seven pupil

The court heard that the accused committed the offense and immediately fled the area at once allegedly for fear of being mobbed by members of the ...
Crime
7 months ago

A 13-year-old girl from Maragua, Murang’a county, says her pregnancy came as a shock but she cares about the man who defiled her.
Crime
1 year ago
WATCH: For the latest videos on entertainment stories

Man Of God Rapes A 6 Year Old Girl In Kakamega